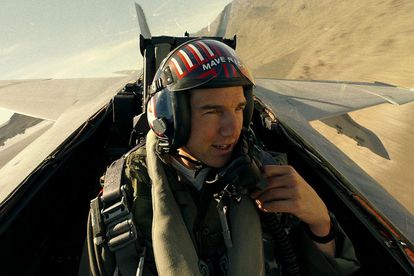 American actor Tom Cruise is shining bright as Hollywood’s highest earner following the release of the action-packed Top Gun: Maverick in May. According to Variety, Cruise will net more than $100 million (R1.7 billion) from his salary, ticket sales and his share of streaming revenue.

Despite the Oscars slap drama, Will Smith follows behind Cruise with a reported $35 million (R603 million) for the upcoming thriller film, Emancipation.

More than 30 years after the release of the original Top Gun, the high-flyers reunited for the film’s sequel, Top Gun: Maverick, with Tom Cruise still flying the plane as the lead character. The film was officially released on 29 May and thousands of people headed to the cinema to catch all the action.

According to Variety, the film reeled in more than $1.2 billion (R20.6 billion) at the box office and cemented Cruise as Hollywood’s highest earner with R1.7 billion.

“I would never bet against Tom Cruise,” a studio executive told the publication.

“Most actors aren’t worth what you pay them, but Cruise and maybe Dwayne Johnson justify their salaries.”

Oscar-winning actor Will Smith will star as the lead in the upcoming thriller film, Emancipation, set to be released in 2023. The film is based on the true story of a runaway slave who aims to reach the Union Army.

The film, set to be released on Apple TV+, was pushed from 2022 to 2023 following the Oscars slap drama.