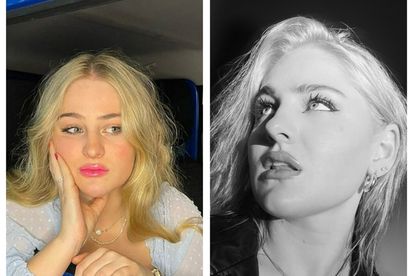 Paige has released a debut single titled, “I Want You Back”. Images via Instagram: alexapaigie

Paige has released a debut single titled, “I Want You Back”. Images via Instagram: alexapaigie

South African TikTok star Alexa Paige has released her catchy debut single “Want You Back” and she says this song is “about the confusion and insecurities that come with young love. Its’ frustrating but its also addictive.”

The singer-songwriter’s single was co-written with and produced by 2x SAMA-nominated artist-producer Daniel Baron.

The 21-year-old started singing when she was just 16 years old. She was encouraged to pursue singing professionally by her music teacher.

“Only one month later, Alexa received a scholarship to the New York Film Academy, where she was able to further her knowledge in the arts. Thereafter, she started entering competitions, and went on to achieve over 14 Diploma awards,” reads the released statement.

In 2019, Alexa received the South African Colours in performing arts, and won 3 Gold Medals. This catapulted her into the international scene as she qualified for the World Championship in Performing Arts, when she then received her Protea colours and Green Blazer.

After becoming a finalist in the worldwide championship that took take in Los Angeles, California, she started receiving a large amount of international attention and offers from agencies and talent managers alike, which she turned down in order to finish her schooling.

Following her international achievements, Alexa returned home to record with multi-platinum selling producer Daniel Baron in Johannesburg, South Africa. Alexa has now recorded a fleet of singles at Baron’s Hit Kitchen Studios, and will be continuing with regular releases throughout the new year.

The artist’s main singing influences are Faouzia and Christina Aguilera. Alexa’s sound is a sophisticated pop which runs deep to the core of its wholesome song writing. “Want You Back” is meaningful and introspective, yet cheeky and easy-going.

‘Want You Back’ is available on all major digital music platforms: https://linktr.ee/AlexaPaigeMusic