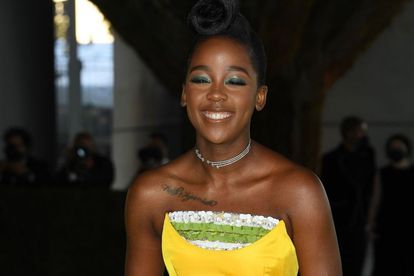 Thuso Mbedu scores her second award for her role in ‘The Underground Railroad’. Image via Twitter @ThusoMbedu

Thuso Mbedu scores her second award for her role in ‘The Underground Railroad’. Image via Twitter @ThusoMbedu

One of Mzansi’s star actresses, Thuso Mbedu is adding another award to her cabinet. The 30-year-old actress was honoured at the 31st annual Gotham Film Awards for her role as Cora in Barry Jenkins’ historical series, The Underground Railroad. She says the award is extremely humbling and encouraging.

South Africa’s very own Thuso Mbedu was nominated for outstanding performance in a new series for her role as Cora in The Underground Railroad. Mbedu tied for the award with American actor Ethan Hawke.

Taking to Instagram to celebrate she shared that she woke up to a bunch of missed calls from her manager only to be told the exciting news.

“Thank you so much Gotham Awards. It’s extremely humbling and encouraging,” she wrote.

Since appearing on The Underground Railroad Thuso Mbedu has had the world’s eyes on her. Her powerful role captured the entire world’s attention. She acted alongside the likes of Aaron Pierre, Joel Edgerton and Chase Dillon

She was also nominated for a Television Critics Awards in the individual achievement category.

WHAT’S NEXT FOR THUSO?

The Emmy-nominated actress is gearing up for her next role in the upcoming film The Woman King starring How to Get Away With Murder actress Viola Davis. The film will feature three other South African stars, Seputla Sebogodi, Thando Dhlomo, and Masali Baduza who made her debut in Noughts & Crosses in 2020.