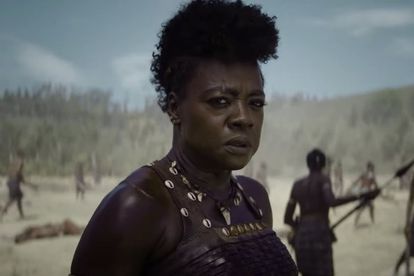 The Woman King is set to be released on 16 September.

The Woman King is inspired by a true story and centres around Agoji, an army of women warriors who defend the Kingdom of Dahomey in West Africa in the 17th, 18th and 19th centuries.

Viola Davis will play the general of the army, General Nanisca, while Thuso Mbedu will play Nawi, an ambitious recruit.

Speaking to Vanity Fair about the film, Gine Prince-Bythewood said she wanted The Woman King to be “real, visceral and raw”.

The action-packed trailer for the film has already scored rave reviews from tweeps, who have expressed their excitement about watching the film.

“Gina Prince-Bythewood is a fantastic filmmaker and storyteller. I am very excited about this one,” wrote another tweep.

WHICH MZANSI ACTORS WILL STAR IN ‘THE WOMAN KING’?

The Woman King is set to star several Mzansi actors including Miss Universe 2019, Zozibini Tunzi, who will be making her film debut. Besides Thuso Mbedu, East London-born actress Masali Baduza, Makgotso Monyemorathoe and Thando Dlomo have all scored a role in the film.

SAFTA-winning actor Seputla Sebogodi and Siv Ngesi will also join the all-star cast of the film.