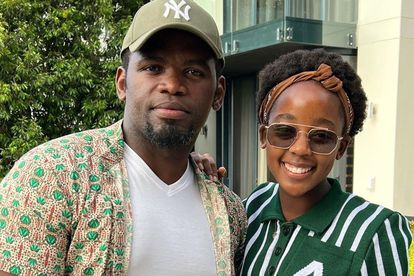 Siv Ngesi and Thuso Mbedu are set to appear in ‘The Woman King’ alongside Viola Davis. Image via Twitter @iamSivN

Siv Ngesi and Thuso Mbedu are set to appear in ‘The Woman King’ alongside Viola Davis. Image via Twitter @iamSivN

Here is a look at all the SA actors set to feature in The Woman King.

Emmy-nominated actress Thuso Mbedu will be playing the role of Nawi in The Woman King. Mbedu rose to fame after playing Winnie Bhengu in Is’Thunzi.

Mbedu was recently featured as Cora Randall in Barry Jenkins’ The Underground Railroad. The Pietermaritzburg-born actress won her first Independent Spirit Award for the role.

Taking to Instagram in October 2021 to share her excitement about starring on The Woman King, Baduza wrote: “I am so incredibly grateful and excited to be joining this cast. This story is EPIC and I am thrilled to be part of telling it.”

The star actress has reportedly been cast in The Woman King as Iniya, one of King Ghezo’s (John Boyega) wives.

Noluthando “Thando” Dlomo, was part of the inaugural graduating class of the Oprah Winfrey Leadership Academy for Girls in Meyerton, Gauteng in 2012. Since graduating, Dlomo has risen to become a public speaker and a multimedia journalist.

“On many nights I prayed for this; a true dream come true! I’m beyond thrilled to have my acting debut be alongside giants,” she said of her role in the upcoming historical epic.

“Cheers to the beginning of one helluva story!”

Sebogodi’s addition to The Woman King was announced by entertainment commentator Phil Mphela.

Siv Ngesi, who is considered one of Mzansi’s most dynamic performers, has featured in several films including Clint Eastwood’s Invictus, and Long Walk To Freedom starring Idris Elba.

According to Phil Mphela, the award-winning actor will be playing a supporting role on The Woman King.

Zozibini Tunzi will be making her acting debut in The Woman King. Taking to Instagram in January, Tunzi said she was “so honoured and excited” to be cast for the film.

“It is a completely new world and first-time experience for me so I enter it with the utmost respect and humility.”