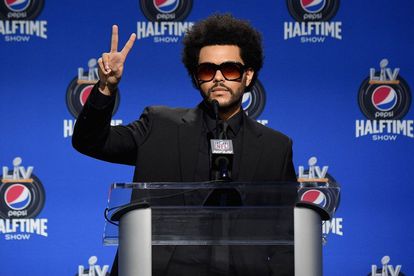 Abel Tesfaye aka The Weeknd, has always wowed music fans with his out-of-the-ordinary music videos. The music video for his latest single Take My Breath, was scheduled to premiere in Imax theatres this week but was suddenly pulled.

According to Variety, The Weeknd’s Take My Breath music video was pulled from premiering in Imax theatres before the official release of Suicide Squad, but was pulled due to epilepsy warnings because of the intense strobe lighting in the video.

The single is The Weeknd’s first offering after his breathtaking album After Hours. The world first heard Take My Breath in a promotional video for the Olympics US Athletics team.

Speaking to GQ, The Weeknd shared that his upcoming album is the album he’s always wanted to make. He explained that what makes an album successful is being eager to put out the next one.

“The excitement to make the next project means that this one was successful to me. I want to do this forever. And even if I start getting into different mediums and different types of expressions, music will be right there. I’m not going to step away from it.”

The 31-year-old artist is yet to announce a release date for his upcoming album.

ALSO READ: ‘The romance of drinking isn’t there’: The Weeknd on his ‘sober lite’ lifestyle

THE WEEKND AND THE GRAMMYS

In November 2020, The Weeknd called the Grammys “corrupt” after he was snubbed at the prestigious awards.

“I guess I just wasn’t good enough”, he said sharing his disappointment.

He mentioned that he would never submit for the Grammys again, and is uninterested in finding out how his artistry didn’t match-up to the other Grammy nominees.

“I have no interest. Everyone’s like, ‘No, just do better next time.’ I will do better, but not for you. I’m going to do better for me.”