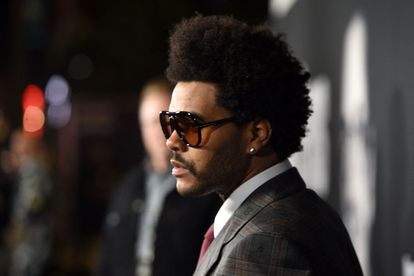 The rather eccentric 31-year-old star – whose real name is Abel Makkonen Tesfaye – took to Twitter to explain that his latest release will be a little different.

The R&B crooner, who rose to fame with his 2011 nine-song mixtape, House of Balloons, tweeted on Friday 26 March:

The Weeknd and ‘After Hours’

He then added that his After Hours era is still ongoing: “p.s. this chapter isn’t quite done yet …still tying some loose ends (sic).”

After Hours, The Weeknd’s fourth studio album, was released on 20 March 2020, and up to date boasts 4.5 billion streams on Spotify.

NFTs (non-fungible token) are an emerging market within blockchain where single-impression unique digital art and goods, known as the “token” can be sold.

Stars, including Kings of Leon, Gorillaz, Banksy and Elon Musk, have all recently sold NFTs.

However, it is unclear if The Weeknd’s new song will be sold as an NFT or if it will be called ‘Living in NFT space’.

The Weeknd vs ‘corrupt’ Grammys

Meanwhile, The Weeknd recently revealed that he won’t have anything to do with the Grammys in the future, after previously calling the awards “corrupt”.

He said: “Because of the secret committees I will no longer allow my label to submit my music to the Grammys.”

And he previously said: “The Grammys remain corrupt. You owe me, my fans and the industry transparency…”

R&B crooner who rose to fame from his 2011 nine-song mixtape, House of Balloons. He’s solidified his star status thanks to his blockbuster albums Beauty Behind the Madness (2015) — which included his biggest hits to date, “The Hills” and “Can’t Feel My Face” — and Starboy (2016).