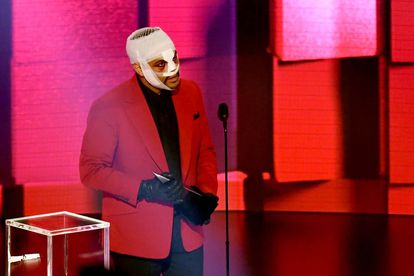 He might as well have kept the bandages on, some social media users reckon. Image: Kevin Winter/Getty Images

He might as well have kept the bandages on, some social media users reckon. Image: Kevin Winter/Getty Images

The Weeknd, real name Abel Makkonen Tesfaye, posted a picture of himself in prosthetic fillers and Botox, which was the same look he had in his latest music video, Save Your Tears, released on 5 January.

The Blinding Lights hitmaker, who came out in bandages following the release of his After Hours album in March 2020, has been revealing a different side of himself through the new character he has been portraying.

On 6 January, he posted a picture of himself in what seems to be prosthetic fillers and Botox, giving him a botched cosmetic surgery look that has had Twitter in stitches.

Tweeps were ready to drag The Weekend’s new look with hilarious responses.

With 12 million views in the first two days, The Weeknd’s latest song showing off his “cosmetic surgery” look is destined to be a hit.

The video is directed by Cliqua — a Mexican-American directing duo made up of Pasqual Guttierez and Raul “RJ” Sanchez, who have worked with the likes of Rosalia, Bad Bunny and others.

There are already two conspiracy theories about the video. One is that The Weeknd purposely cast a Selena Gomez look-alike and the other is that he is throwing shade at the Grammys.

Some of The Weeknd’s fans reckon the woman in the video strongly resembles his ex-girlfriend Selena Gomez. Besides The Weeknd, the woman, played by model Bianca Rojas, is the only other person with her face revealed, as everyone else is wearing a mask.

On her Instagram stories the model posted a screenshot of Seventeen magazine with the headline “Model Bianca Rojas seems to confirm theory she was a Selena Gomez lookalike in The Weeknd’s Save Your Tears”. But she added text under the screenshot saying:

“I didn’t confirm anything but thank you for the mention in your article!”

Rojas’s look in Save Your Tears is compared to Selena Gomez in her Dance Again video. Here’s a comparison:

THE WEEKND THROWING SHADE AT THE GRAMMYS?

Back in November 2020, when the Grammys released the nominees list, The Weeknd called them out for being corrupt considering he had won several awards during the year, but had not been nominated for a single Grammy.

In the Save Your Tears video, The Weeknd holds a gold trophy which fans seem to think represents a Grammy award and he then tosses it.

Another hint at this conspiracy theory, fans believe, is that the audience is at a masked ball and wearing masks, which some reckon represents fake celebrities.

WATCH THE ‘SAVE YOUR TEARS’ MUSIC VIDEO