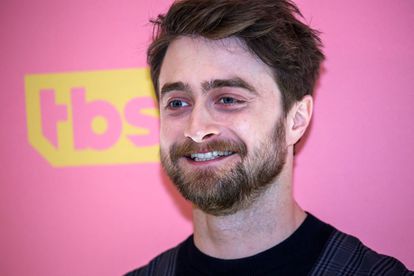 In this file photo, English actor Daniel Radcliffe arrives to attend the screening of TBS’ “Miracle Workers” at Buttenwieser Hall in New York on 14 May 2019. Image:
Kena Betancur / AFP

In this file photo, English actor Daniel Radcliffe arrives to attend the screening of TBS’ “Miracle Workers” at Buttenwieser Hall in New York on 14 May 2019. Image:
Kena Betancur / AFP

The 31-year-old actor will play a villainous role in the upcoming romantic action adventure movie and joins previously confirmed stars Sandra Bullock and Channing Tatum in the film.

The plot centres on a reclusive romance novelist (Bullock), who was sure nothing could be worse than getting stuck on a book tour with her cover model (Tatum), until a kidnapping attempt sweeps the pair into a cut-throat adventure in the jungle — proving life can be so much stranger, as well as more romantic, than any of her stories.

Adam and Aaron Nee are directing the movie from a script penned by Dana Fox. Sandra will produce the film for her Fortis Films banner, with Liza Chasin and Seth Gordon also producing for 3dot Productions and Exhibit A respectively.

Daniel shot to fame as a child actor after playing the title role in the Harry Potter franchise and previously explained that one of his biggest fears is not being able to work on films anymore.

All for the love of acting

Asked what he’s afraid of, he admitted: “Lots of things. But the biggest fear for me other than, obviously, something dreadful happening to my loved ones, or to my physical health, steps from a fear of: ‘What if I don’t get to be on film sets in some capacity for the rest of my life?’

“If something were to happen that took that away from me, that would be the worst.”

Daniel added that he feels “incredibly lucky” to be doing a job he loves in the form of acting.

He said: “I feel incredibly lucky. It is a cliché to say that acting is an amazing job, but to have a career where you have some say over what you want to do, it puts you in a very small percentage within the acting world.

“So I am ridiculously lucky and try not to forget this.”

ALSO READ: We chat to Daniel Radcliffe about jailbreaks… and his South African accent