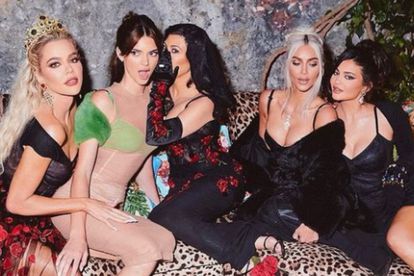 Five bombshells from the second season of ‘The Kardashians’. Image via Instagram @kimkardashian.

Five bombshells from the second season of ‘The Kardashians’. Image via Instagram @kimkardashian.

The second season of The Kardashians has drawn to an end on Thursday 24 November. Here’s five bombshells from this season.

The first episode of season two of The Kardashians began with a bombshell – Khloé Kardashian revealed her baby boy, which she shares with Tristan Thompson.

Khloé and Tristan welcomed a baby boy via surrogate. The reality star claimed that she and Tristan had gone through with the process just days before she found out that Tristan was expecting a baby boy with Maralee Nichols.

Tristan cheated on Khloéon his 30th birthday in March 2021 with Maralee. Maralee welcomed their son Theo in December 2021. So, the reality star expressed that she didn’t want people to think that she planned to have her baby with Tristan after his paternity scandal.

Khloe brought home her baby boy on the season finale.

2. KIM KARDASHIAN REVEALED SHE HAD SEX WITH PETE, INSPIRED BY GRANDMA

Awkward?! Kim Kardashian revealed that she had sex with then-boyfriend Pete Davidson in front of a fire place. She explained that this was inspired by her grandma – Kris Jenner’s mom MJ.

“And so, we had sex in front of the fireplace in honor of you,” she said to MJ.

The Skims founder addressed the controversial comment she made about women in her Variety interview. So, what did she say?

“I have the best advice for women in business, get your f–king ass up and work. Success is never easy, so if you put in the work, you will see results,” she responded.

On the show, Kim expressed that she was blindsided by how angry people got.

“It’s like, I said what I said about people working. Do I believe in that? Yes. I believe that you have to work hard in order to to do that, but I was just so blindsided by how angry people got,” she continued.

She went on to apologise.

Kourtney revealed that she gained a total of 10 pounds (4.5kgs) during her In Vitro Fertilisation (IVF) treatment journey.

“Eight months of IVF treatment has definitely taken a toll on my body — mentally and physically. It’s taken a lot to get me to the place of feeling really comfortable and happy with the changes,” she continued.

She also added that her husband Travis Barker helped her love her new curvy figure.

Makeup mogul Kylie Jenner revealed that she felt pressure to name herself Wolf before changing his name.

“I felt the pressure to choose a name. Then Khloe said the day before we signed, like, ‘What about Wolf?’ I was like, ‘Oh, I like the W.W.’ So we just put Wolf Webster in that moment, and right after I signed the birth certificate, I was like, ‘What did I just do?​​​​'” she said.