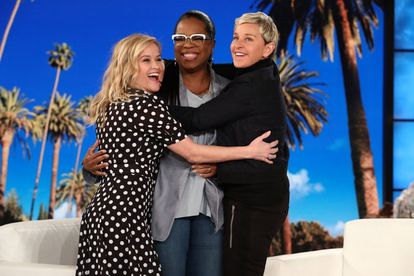 After a fun-filled 18 seasons, The Ellen DeGeneres Show will be cutting its cameras, but not before one last season. The popular talk show shared some of its most memorable highlights in the season 19 promo video.

Over 18 years, The Ellen DeGeneres Show has hosted over 4 000 guests. American A-listers that have been on the show include Taylor Swift, Zac Efron, Justin Bieber, and Jennifer Connelly.

Former President of the United States, Barack Obama has also been a guest on The Ellen DeGeneres Show.

The promo video also mentions that the show has given away almost half a billion dollars and changed countless lives over its 18 seasons.

Ellen DeGeneres has named the final season of the show, Ellen: The Farewell Season.

WHAT TO EXPECT FROM ‘ELLEN: THE FAREWELL SEASON’

Speaking to Entertainment Today, DeGeneres shared that the farewell season, will be a season where she gets to say “thank you, thank you all.”

“Every day will be a celebration. There will be a lot of surprises, there will be trips down memory lane, and a few detours through the why did I wear that alley”.

Ellen: The Farewell Season will premiere on Monday, 13 September.

In July last year, staff at The Ellen DeGeneres Show complained about mistreatment while working on the show.

A former employee told BuzzFeed News that the money given out on the show is allegedly for the show’s benefit. “That ‘be kind’ bullsh*t only happens when the cameras are on,” they said.

Another employee passionately said, “If she wants to have her own show and have her name on the show title, she needs to be more involved to see what’s going on.”