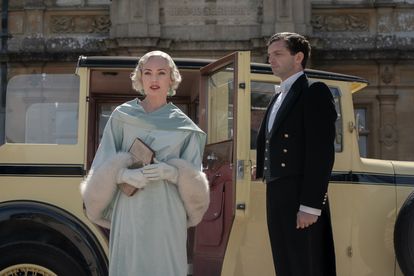 The Crawleys are back for another movie in Downton Abbey: A New Era!

Formerly titled Downton Abbey 2, the film will be released in the United States on Friday, 18 March 2022, but luckily Universal Pictures International will release internationally on the same date.

“It’s really a new era,” Downton creator Julian Fellowes told Poeple. “The further the ’20s went along, the more the world was changing in so many ways. Everything from entertainment to transport was really different by the end of the ’20s. That’s what we’re referring to in that.”

Fellowes calls the movies “extensions of the series,” which ran for six seasons, and says the upcoming instalment will pick up where the last left off.

“As we know from the last film, Mary may not be the titular head of the household, but she is effectively running the show. We take that further,” the Oscar-winning writer says of the character played by Michelle Dockery. “We’re trying to mark the change — the fact that Crawleys of Downton are nearly in the 1930s, which is merely the beginning of the modern world.”

Dockery, 39, and the rest of the main cast — including Maggie Smith, Hugh Bonneville, Elizabeth McGovern, Laura Carmichael and Jim Carter — will all be back for A New Era. Hugh Dancy, Laura Haddock, Nathalie Baye and Dominic West have also signed on for the sequel.

Though Fellowes can’t say too much more about the forthcoming Downton film, he promises an “unashamedly feel-good movie.”