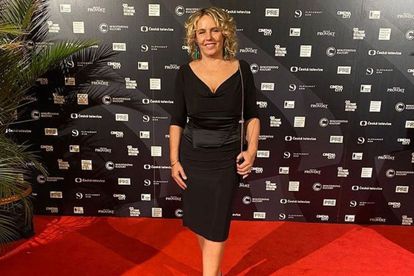 Director of ‘The Blind Side’. Image via Instagram @ruthmeeha.

Director of ‘The Blind Side’. Image via Instagram @ruthmeeha.

A moving Irish film about a a stand-up comedian who is diagnosed with breast cancer will be screened at the European Film Festival from 14 to 24 October.

October is Breast Cancer Awareness Month and the moving Irish film The Bright Side, about a stand-up comedian diagnosed with breast cancer is set to screened online and free at the European Film Festival from 14 to 24 October.

“World weary, Dublin stand up comedian Kate McLoughlin is at breaking point. Her will to live is waning. When her morbid prayers are answered in the form of a cancer diagnosis, little does she know that getting out of this life is going to prove a lot more difficult than she thinks. To placate her family, she begrudgingly agrees to undergo chemotherapy,” reads the film’s synopsis according to the website.

“Armed with staggering levels of cynicism and a plethora of blackly comic jokes, her exit strategies are constantly upended when she encounters four powerful women whose unsolicited friendships challenge her, soften her and ultimately blow open her shut down heart,” the synopsis continued.

In partnership with CANSA, the festival will also host a free online discussion event on 19 October. In The Bright Side, viewers see how the main character’s friendships are challenged, softened, and open her shut-down heart.

“This film is inspired by a combination of Anne Gildea’s honest and irreverent account of her journey through cancer and my own personal experience of the surprisingly life-enhancing cathartic power of loss and grief. It is dedicated to warrior women everywhere!,” said the director Ruth Meehan.

Ruth will feature in a special discussion with local warrior woman Anthea-Lynn Lewis entitled The Bright Side – surviving the journey.

Anthea is a three-time breast cancer survivor and Global Hero of Hope now working with children and teenagers as a CANSA TLC (Tough Living with Cancer) coordinator.

Focusing on personal journeys and survival strategies, the discussion will be moderated by South African actress, author, film producer, and activist Rosie Motene.

This special Live Zoom event takes place on Tuesday 19 October at 18:00. To watch the discussion, click on the link on the Online Discussions page. To watch the film click on Films on the website here.