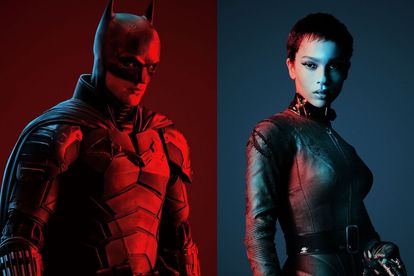 Robert Pattinson and Zoë Kravitz star as Batman and Catwoman in ‘The Batman’. Image via Twitter @TheBatman

Robert Pattinson and Zoë Kravitz star as Batman and Catwoman in ‘The Batman’. Image via Twitter @TheBatman

Warner Brothers released a new trailer for Matt Reeves’ The Batman starring Robert Pattinson and Zoë Kravitz on Monday 27 December. The trailer sees a relationship growing between Bruce Wayne and Selina Kyle as they get ready to take on serial killer The Riddler.

The Batman is DC’s upcoming blockbuster and the 18th Batman movie ever made. Directed by Matt Reeves, The Batman follows Bruce Wayne aka Batman (played by Robert Pattinson) who goes after The Riddler (Paul Dano) a serial killer who targets citizens in Gotham City.

The film also stars award-winning actress Zoë Kravitz as Selina Kyle aka Catwoman. In the film, she is searching for her missing friend and meets Batman along the way. Catwoman helps Batman take down The Riddler.

Director Matt Reeves mentioned that he feels this could be “the most emotional Batman movie ever made.”

Although the movie has been made several times before, Robert Pattinson told Entertainment Weekly that this film felt different and special to him.

“Batman has always stood out as one of the major characters of the 20th century and so many people connect with it on such a deep level for so many different reasons.”

“From the first conversation I had with Matt about it, I just knew that there was something radically different [here].”

The new trailer for The Batman was released on Monday 27 December and gives viewers a glimpse into Bruce Wayne’s mystery and strength. It also features interactions between Batman and Catwoman as they prepare to dominate The Riddler.

“The Bat and the Cat… It’s got a nice ring to it,” says Catwoman.

In a survey done by American ticketing company Fandango, it was found that The Batman is the third most-anticipated movie for 2022. The number one and two spots are Black Panther: Wakanda Forever and Spider-Man: Across The Spider-Verse (Part One) respectively.

Robert Pattinson also took the top spot for 2022’s Most Anticipated New Performance while Zoë Kravits placed fifth for her role as Catwoman.

Women For Change backs Amber Heard: ‘We believe her!’

WATCH: CCTV footage of man being robbed over R200 000 cash