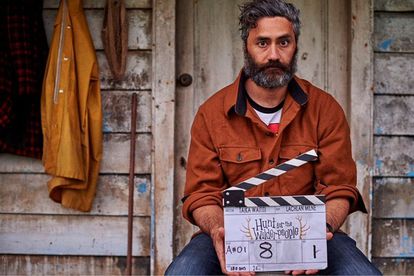 Taika Waititi will direct the first big-screen adaptation of the best-selling and highly influential sci-fi comic book series The Incal.

TAIKA WAITITI IS STUNNED TO BRING ‘THE INCAL’ TO LIFE

Waititi said he was “stunned to be given the opportunity” to bring the creation of cult Franco-Chilean comics writer Alejandro Jodorowsky and French artist Moebius to life.

The Incal has sold millions of copies around the world since its debut in the late 1970s and is one of the highest-selling sci-fi graphic novels in history.

A sprawling space opera, it follows bumbling intergalactic private eye John Difool as he finds a mystical artefact that is coveted by powerful factions across the galaxy.

He is compelled to save the universe while undertaking a spiritual journey that takes in questions such as the meaning of existence.

Jodorowsky – a filmmaker in his own right – famously tried to make a highly ambitious movie version of Dune in the 1970s, but ended up using elements of that failed project to write The Incal soon after.

“The films and graphic novels of Alejandro Jodorowsky have influenced me and so many others for so long,” Waititi said in a statement.

The movie is Humanoids Associates’ “first of many forays into film production,” the French publisher said in a press release and comes as comic-book adaptations continue to dominate Hollywood and the global box office.

“When Humanoids’ CEO Fabrice Giger introduced me to Taika Waititi’s work, it became obvious to me that he was the one,” said Jodorowsky, 92, in the statement.

“I fully trust Taika’s creativity to give The Incal a stunning take, intimate and at the same time of cosmic proportions.”