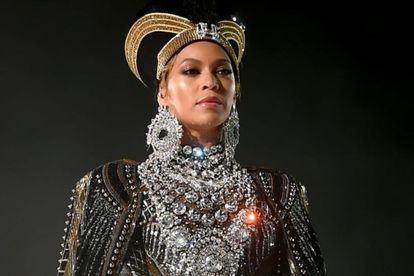 Beyoncé has shared a collage of highlights from her life and career to mark her 40th birthday on 4 September. The Crazy in Love hitmaker has transformed her official website into her own tribute to mark four decades on the planet, starting in 1981 with baby pictures, right up to 2021, with her latest Ivy Park collection and her record-breaking Grammy wins included.

The R&B megastar also posted visuals from her time in the group Girl’s Tyme, as well as Destiny’s Child and her Black Is King visual album.

The post was titled ‘B AT 40 THANK YOU’, and at the bottom of the mammoth artwork, the Love On Top hitmaker wrote:

THANK U TO THE PHOTOGRAPHERS, EDITORS, TV HOSTS, TALK SHOW HOSTS, AWARDS PROGRAMS AND MY FAMILY FOR YOUR VISUAL CONTRIBUTION.

Meanwhile, DJ Khaled, Lil Nas X and Doja Cat are among those who have paid tribute to Beyonce today.

Wild Thoughts hitmaker Khaled opens the clip with the message:

I wanna do a big shout out to Beyoncé. Happy birthday. God bless you and your beautiful family.

Ciara said: It’s Ciara here, and I am wishing you the happiest birthday.

Lil Nas X added: Happy birthday. Thank you for sharing your gift with the world.

In another video curated by Harper’s Bazaar, Oprah Winfrey and Taylor Swift were among the famous faces to say a few words about the music icon.

Hello, Miss B. Before later adding: Let me tell you, the forties are everything you’ve been waiting for.

The power couple have collaborated musically, toured together, and, most recently, joined forces for Tiffany & Co.’s About Love campaign.

And the 51-year-old hip-hop superstar revealed why it’s so easy to work with his “super talented” spouse in a rare interview last week.

The 99 Problems hitmaker – who has Blue Ivy, nine, and four-year-old twins Rumi and Sir with the Dreamgirls star – gushed:

She’s super detail-oriented, obviously, as you can see from her work. She’s an incredibly hard worker, super talented, very inspiring.