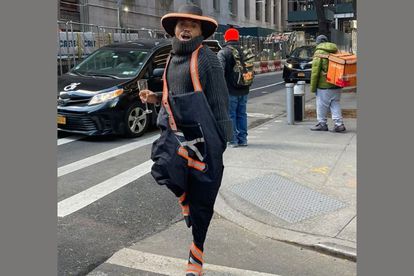 His estranged husband, Mohale Motaung will not be part of the new season of the popular reality show.

‘SOMIZI IS A RATING MAGNET’

Sunday World has reported that the choreographer hasn’t revealed his upcoming season on his social media accounts because he is worried about the public’s reaction.

The publication also stated that season five of the highly anticipated show will be more of a docu-series as the focus will be on Mhlongo’s personal issues and less about glam.

Viewers should expect the choreographer to open up about his failed marriage to Mohale Motaung in his new show.

Mhlongo also hinted his show last Thursday (2 December) on his Instagram account when he boasted about his “full December calendar”.

A close friend told the publication:

“He is not talking much about it, I guess part of him is scared of the public’s reaction.”

“It won’t be about glam only. He is addressing so many personal issues.”

MultiChoice’s senior manager for corporate communications, Francois Rank, also confirmed the TV personality is working on the new season of his reality show.

“Multichoice doesn’t have a confirmed date.”

The source added that Multichoice knows that he’s a rating magnet and, saw no reason to decline his show because he’s transparent and accountable with the allegations against him.

Mhlongo’s estranged husband, Mohale Motaung also confirmed the shooting of the new season of the show.

“I’m not going to be part of the new season”.

The choreographer is also hosting a new reality show titled, Lovey Dovey which will premiere in February 2022.

Daily devotion: Your bible verse and prayer for 22 August 2022