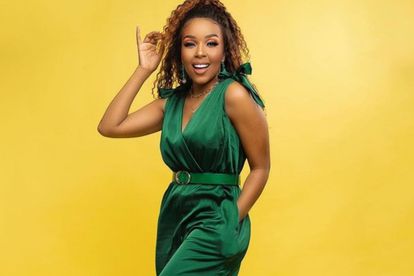 Talented singer and actress Busisiwe ‘Cici’ Thwala discusses her role as Mimi in Kings of Joburg and shooting season two without Shona Ferguson who passed away from Covid-19-related causes in 2021.

Thwala is currently shooting season two of Kings Of Jo’burg, where she plays the role of gold-digger Mimi, who is dating Tlotlo, played by TK Sebothoma.

MIMI IN ‘KINGS OF JOBURG’

The singer-actress Busisiwe ‘Cici’ Thwala tells Drum Magazine that she’s happy to be back on set of Kings of Joburg but shooting the series without the actor-producer Shona Ferguson hasn’t been the same.

“On season one, he would come on set to observe and help here and there. He trusted Zolani Phakathi with directing. He was at arm’s length and didn’t interfere.” She met Shona for the first time during season one.

“What an amazing human being, a gentle giant. He cared about his employees and how they feel. Having him on set was nerve-wracking but he would give compliments and I really appreciated that much about him. Things are not the same. Uncle Sho left a big gap, and we miss him popping by on set. We sometimes discuss what it would have been like if he was around and it’s not emotional, but he left a piece of him in everyone,” she adds.

She also tells the publication that her character Mimi is still very much selfish, and in a toxic relationship with Tlotlo who is much younger than her in season two.

“For her, age doesn’t matter, it’s all about the status, the money, and power and that’s what she is about,” Cici says.

“She struggles to get the love, and affection she desires in a relationship. In season one, she finds herself in a situation of forcing attention, she steals money from him and ends up being kidnapped.”

Viewers of the Netflix series will see her character trying to escape and that gets both her and Tlotlo in a sticky situation.

She adds that her on-screen lover Tlotlo will appreciate her more in the second season and she has gotten to love her character unlike in the previous season where Cici was frustrated with some of Mimi’s decisions.

“I hated everything about her. I would always get shocked about how dumb this girl is. They say don’t judge your character, I did. She is completely different from who I am, and that was the challenge. But I have grown to like her now.”

The mother of one adds that her role in Kings of Joburg is one of her biggest acting roles as she previously had a cameo role in SABC1’s soapie Generations: The Legacy as a journalist.

“I also played something similar to Mimi on Rhythm City. I was in a relationship with Fats. I played a gold digger who quickly moved on when she realised that he didn’t have money.”

“I have been focusing more on my music and establishing my brand as a musician first before I can also add actress to my tittles. I have done that and now I am ready to pursue more acting roles and explore different characters.”

The singer also tells the publication that she’s currently rehearsing for her big concert titled the Love Tour with singer Donald Moatshe besides shooting the series.

“This is a major production. People can expect great dancing, dramatic lighting, and everything big. We want to bring showmanship to live performances.” Choosing Donald was a no-brainer.

ALSO READ:Connie Ferguson skips back into her fitness routine [watch]