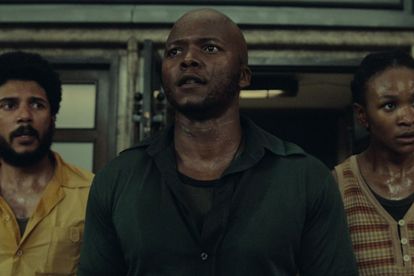 “A fierce chase ensues which sees the fighters seeing refuge inside a bank,” reads the synopsis.

“The trio suspects there is a mpimpi (a sell-out) in their midst. The question is whom? Pressure mounts and tension rises amongst them in the bank. As the trio recognises their only options are prison or death, they negotiate for the release of Nelson Mandela.”

Speaking to Channel24, Stefan Erasmus said the beauty of telling a story like Silverton Siege is that everyone from the cast to the crew of the film, is contributing to the documentation of South African history.

Taking to Twitter, South Africans have praised Silverton Siege for its brilliant storytelling. One tweep wrote: “This is what needs to be taught in history.”

“Silverton Siege is the best Netflix original film to come out [of] South Africa,” wrote another tweep.

“I learned about the Silverton Siege from Netflix. There’s so much South African history that we’ve never learned about.”