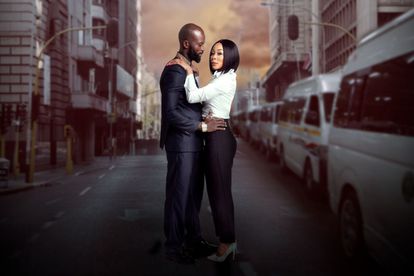 Showmax original, ‘The Wife’ has smashed its season one records. Image: Supplied

Showmax original, ‘The Wife’ has smashed its season one records. Image: Supplied

The first three episodes of The Wife season two hit Showmax on Thursday 17 February. The show has officially broken its season one record for the most first-day viewers. The series, inspired by Dudu Busani-Dube’s book of the same name, topped Twitter’s trending lists on the same day.

‘THE WIFE’ SMASHES ITS OWN RECORD

In November 2021, The Wife debuted on Showmax and outperformed hit shows like Game of Thrones, The Real Housewives of Durban and The River.

The show also beat the four-part true crime doccie series, Devilsdorp for the most hours watched within four days of launch.

This year, The Wife has smashed its season one record! Season two broke the record for the most first-day viewers on Showmax with three times as many viewers.

MONDLI MAKHOBA AND KHANYI MBAU ON ‘THE WIFE’

Season two of The Wife sees fan-favourite Mondli Makhoba (Nkosana) step up into the lead male role. He is reunited with the love of his life Khanyi Mbau (Zandile) after breaking her out of jail at the end of season one.

Mbau praised her co-star Makhoba, putting emphasis on his voice. “Have you heard that guy’s voice?”

“Nkosana makes the Zulu language so romantic; he makes it sound like French,” she added.

Makhoba added that working with Mbau has been great.

“She’s very gifted and she just pulls you into that world where you are supposed to be. It’s magic. I cannot wait for our audience to see more of that.”

TAKE A LOOK AT THE TRAILER FOR THE FIRST THREE EPISODES

CATCHING UP WITH MONDLI MAKHOBA ABOUT SEASON TWO

“We see him soft, we see him loving. That side of Nkosana that we didn’t see in the first season.”

“It also makes us understand why he had to work so hard with his brothers all these years. Why the heists? Why everything else they were doing to save money? Zandile is the reason why.”

“The challenge now is how Zandile fits in. Over the years, as he was working on getting her out, he was subconsciously creating a system that works for him, with the hope that Zandile will fit in.”