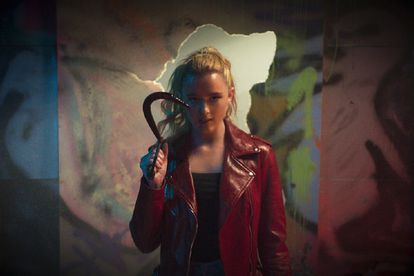 From The Invisible Man, It: Chapter Two, Midsommar, Doctor Sleep, Freaky, Scary Stories To Tell In The Dark and more, here are 15 movies to watch on Showmax this Halloween:

hWen Cecilia’s abusive ex takes his own life and leaves her his fortune, she suspects his death was a hoax. As a series of coincidences turns lethal, Cecilia works to prove that she is being hunted by someone nobody can see.  Emmy winner Elisabeth Moss (The Handmaid’s Tale) stars in The Invisible Man, which was named Rotten Tomatoes’ best-reviewed movie of 2020 in three categories: wide-release film, horror movie, and Australian film. The nail-biting horror is the eighth best-reviewed horror movie of all time on Rotten Tomatoes, with a 91% critics’ rating.

The 15th highest-grossing box office film of 2020 globally, The Invisible Man has won 40 international awards, including Best Horror Movie and Best Actress: Horror at the 2021 Critics’ Choice Super Awards, and was a 2020 People’s Choice nominee for Favourite Movie. As Rolling Stone says, “Alive with fresh thinking from Whannell and a dynamite Elisabeth Moss, this socially conscious horrorshow tips the old monster mash into way scarier sh*t about toxic masculinity that’s as timely as #MeToo and Harvey Weinstein in handcuffs.”

Twenty-seven years after their first encounter with the terrifying Pennywise, the members of the Losers Club have grown up and moved away, until a devastating phone call brings them back.

A stellar cast of youngsters reprise their roles from the first film, including Teen Choice nominees Sophia Lillis (I Am Not Okay With This), Finn Wolfhard (Stranger Things) and Jeremy Ray Taylor (Are You Afraid of the Dark?), MTV Movie Awards winner Jack Dylan Grazer (Shazam!, We Are Who We Are), and Critics Choice’ nominee Jaeden Martell (Knives Out, St. Vincent). Bill Skarsgård (The Devil All the Time, Castle Rock) also returns in his Teen Choice-nominated role as Pennywise.

It: Chapter Two won four Fright Meter Awards and was also nominated for four 2021 Saturn Awards, including Best Horror Film, two 2020 Fangoria Chainsaw Awards, and two IGN Summer Movie Awards. Empire Magazine calls it, “A psychologically merciless sequel,” saying, “everything here is as it should be: deeper, scarier, funnier. [Director] Muschietti in particular has stepped up, skilfully guiding us through a rollicking funhouse. It is obscenely entertaining.”

In Midsommar, a troubled couple travels to a rural Swedish town’s fabled midsummer festival, but what begins as an idyllic retreat quickly devolves into an increasingly violent and bizarre competition at the hands of a pagan cult.

Written and directed by multi-award-winning director Ari Aster (Hereditary), Midsommar won five 2020 Fangoria Chainsaw Awards, including Best Wide-Release Film, and 23 other accolades around the world. Earlier this year, Midsommar was also nominated for Best Horror Film by the Academy of Science Fiction Fantasy and Horror Films. “If you’re looking for the scariest movie ever shot in blinding sunlight, the raw and riveting Midsommar is it,” says Rolling Stone.

Midsommar is the 44th best-reviewed horror of all time on Rotten Tomatoes, with an 83% critics’ rating. As the critics’ consensus there says, “Ambitious, impressively crafted, and above all unsettling, Midsommar further proves writer-director Ari Aster is a horror auteur to be reckoned with.”

Slasher comedy Freaky takes Freaky Friday to a whole new level when less-than-popular teenager Millie unintentionally switches bodies with the middle-aged serial killer terrorising her town. As the body count rises and the clock ticks down, Millie and her friends have less than 24 hours to stop Murder Barbie before the change becomes permanent…

Produced by triple-Oscar nominee Jason Blum (Get Out, BlacKkKlansman) and directed by Christopher Landon (who directed Happy Death Day and wrote four of the Paranormal Activity films), Freaky has an 83% critics’ rating on Rotten Tomatoes, with AV Club saying there’s “something oddly satisfying about unmasking a slasher movie to reveal the ’80s comedy lurking underneath.” As Slate says, “As strange as it may sound, Freaky is one of the 2020 movies that comes closest to being truly feel-good.”

Stephen King’s horror classic Doctor Sleep picks up years after the events of The Shining, as a now-adult, alcoholic Dan Torrance finds himself protecting a young girl with similar powers from a cult known as The True Knot, who prey on children with powers to remain immortal.

Doctor Sleep was nominated for Best Film, Best Actor (Emmy winner Ewan McGregor from Fargo and Star Wars), and Best Director (Mike Flanagan of Midnight Mass, The Haunting of Bly Manor and The Haunting of Hill House fame) at both the Fright Meter and the Fangoria Chainsaw awards, with Golden Globe nominee Rebecca Ferguson (The White Queen and the Mission: Impossible movies) winning Best Supporting Actress at both.

Doctor Sleep has a 78% critics’ rating on Rotten Tomatoes, where the critics consensus says the horror “balances poignant themes against spine-tingling chills.”

SCARY STORIES TO TELL IN THE DARK | Award-winning horror, based on Guillermo del Toro’s screen story

From the dark imaginations of Oscar winner Guillermo del Toro (Pan’s Labyrinth, The Shape of Water) and acclaimed director André Øvredal (Trollhunter) comes Scary Stories to Tell in the Dark, based on the iconic book series.

It’s 1968 in America. Change is blowing in the wind but the small town of Mill Valley seems far removed from the unrest in the cities. For generations, the shadow of the Bellows family has loomed large there. In their mansion on the edge of town, Sarah, a young girl with horrible secrets, turned her tortured life into a series of scary stories, written in a book that has transcended time – stories that have a way of becoming all too real for a group of teenagers who discover Sarah’s terrifying home…

Nominated for Best Horror Film by the Academy of Science Fiction, Fantasy and Horror Films earlier this year, Scary Stories To Tell In The Dark won Best Horror/Thriller Film at the National Film and Television Awards in the USA as well as Best Creature FX at the 2020 Fangoria Chainsaw Awards, among other awards.

Controversial horror The Hunt follows 12 strangers who wake up in a clearing. They don’t know where they are, or how they got there. They don’t know they’ve been chosen for a very specific purpose – the Hunt.

The Hunt is directed by Craig Zobel (Westworld, The Leftovers); written and produced by the Emmy-winning team behind Watchmen and The Leftovers, Nick Cuse and Damon Lindelof; and exec produced by triple-Oscar nominee Jason Blum (Get Out, BlacKkKlansman).

When Ellen passes away, her daughter’s family begins to unravel increasingly terrifying secrets about her life. The more they discover, the more they find themselves trying to outrun the sinister fate they seem to have inherited.

Hereditary is the fourteenth best reviewed horror movie of all time on Rotten Tomatoes, where the film has an 89% score. As the critics’ consensus there says, “Hereditary uses its classic setup as the framework for a harrowing, uncommonly unsettling horror film whose cold touch lingers long beyond the closing credits.”

Dr. Hannibal Lecter and FBI Agent Clarice Starling remain the most iconic roles of the Oscar-winning juggernauts Sir Anthony Hopkins and Jodie Foster, who played them three decades ago in The Silence of the Lambs, which follows Starling as she is forced to seek out the help of a manipulative cannibal in order to track down a sadistic new serial killer.

It’s currently at #21 on IMDb’s list of the Top-Rated Movies of all-time, with an 8.6/10 score, and is Rotten Tomatoes’ 20th highest-rated horror movie of all time, with a 96% critics’ rating. Rolling Stone called it “mercilessly scary and mercifully humane at the same time,” and Boston Globe “stylish, intelligent, audacious… and stolen by a suave monster you’ll never forget.”

Filmed only at night on a farm in Swellendam, Triggered is a 2021 SAFTA-winning horror movie directed and co-written by Alastair Orr (Axis Mundi).

The explosive horror follows nine former high school friends who celebrate their five-year reunion camping in a forest. Terror strikes when they wake up with suicide bombs strapped to their chests, all with varying times on their countdown clocks… and the only way to survive is by “stealing” time from one another.
The ensemble cast includes Reine Swart (SAFTA and AMAA-nominee for Siembamba), Liesl Ahlers (Friend Request), Russell Crous (The Watch, Escape Room), SAFTA winner Craig Urbani (Isidingo) and multi-award-winning actor Sean Cameron Michael (Black Sails, Fried Barry).

“It’s engineered to shock, but it’s so successful in its gore-soaked ambitions – right up to its fittingly explosive climax – that a franchise surely beckons,” says Radio Times.

THE HOUSE WITH A CLOCK IN ITS WALLS | Starter horror for teens, from Eli Roth

In Rage, a group of school-leavers descend on a tiny coastal town for a celebration of their freedom. Roxy, Sihle, Kyle, Leon, Tamsyn and Neo party on the beach and drink themselves silly every night. The townsfolk, Hermien and her son Albert, are welcoming – too welcoming. During a psychedelic trip on the beach, the friends witness a disturbing birth ritual, which could be a hallucination, or not. Soon fertility figurines start to appear at random places, and what is supposed to be the best holiday of their lives turns to horror as the teenagers are picked off one by one.

Rage is directed by Jaco Bouwer, a multi-award-winning theatre director who was SAFTA-nominated for Dwaalster and earned global acclaimed for his next horror, Gaia, which won the cinematography award at SXSW 2021 and has an 83% critics’ rating on Rotten Tomatoes.

Rage has been hailed as ‘briljant’ (Son), “hair raising” (Daily Sun), “gripping” (IOL), “scary as hell” (9Lives), “quite stunning and brilliantly filmed” (Channel24), and “genuinely creepy… one of the best attempts at the genre ever made in this country” (Fortress of Solitude), with Daily Maverick saying it will “scare the living daylights out of you.”

As a child, Luke witnessed something terrible, something only his imaginary friend Daniel could help him through. Now a troubled college freshman, Luke is struggling to cope, until his best friend turns up once more. But Daniel is dangerous, and he’s already inside Luke’s head…

Winner of both Best Feature and Best Director at the Brooklyn Horror Film Festival and nominated for Best Limited Release Film at the 2020 Fangoria Chainsaw Awards, Daniel Isn’t Real stars Miles Robbins (Mozart in the Jungle, Halloween) as Luke, in a performance that won Best Actor at Sitges – Catalonian International Film Festival. Daniel Isn’t Real has an 82% critics rating on Rotten Tomatoes, where the critics consensus says, “Daniel Isn’t Real, but the smart, stylish fun waiting for genre lovers in this well-acted suspense thriller is completely genuine.”

Calling all Blade fans – Marvel recently gave us awesome news: production is due to start next year on the revival of Blade, with double-Oscar winner Mahershala Ali (Green Book, True Detective, Ramy) as the iconic vampire hunter.

So what better way to celebrate Halloween than a weekend binge with Wesley Snipes in the cult comic book trilogy Blade, Blade II, and Blade: Trinity, all written by David S. Goyer (The Dark Knight, Batman Begins, Dark City), who directed the third instalment.