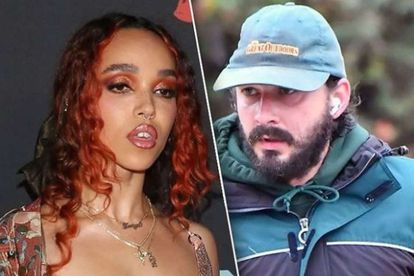 The Honey Boy actor has parted ways with his talent agency CAA as he is taking a break from acting in order to focus on his recovery and is currently receiving inpatient care at a treatment facility, sources told Variety.

Insiders told the outlet that CAA haven’t been working with the 34-year-old actor for around a month, but they haven’t fired him. Instead, he decided to step away from his career so he has the time and space to get the help he admitted he needed.

Shia is said to have been receiving treatment for over five weeks and his release from the unnamed facility will depend on his recovery.

Representatives for CAA and the actor have yet to comment on the report.

It is unclear what specific treatment the Transformers star is receiving but he has previously been in rehab for alcoholism.

In December, he admitted he was “ashamed” of his behaviour after former partners FKA Twigs and stylist Karolyn Pho filed a lawsuit against him for sexual battery.

He said: “I’m not in any position to tell anyone how my behaviour made them feel.

“I have a history of hurting the people closest to me. I’m ashamed of that history and am sorry to those I hurt. There is nothing else I can really say.”

And his lawyer admitted he “desperately” needed to undergo treatment.

Shawn Holley said in December: “Shia needs help and he knows that. We are actively seeking the kind of meaningful, intensive, long-term inpatient treatment that he desperately needs.”

The lawsuit detailed the Fury actor’s alleged drunken and violent rages, and branded him “dangerous”.

It stated: “Shia LaBeouf hurts women. He uses them. He abuses them, both physically and mentally. He is dangerous.”

Legal representatives for both women previously revealed they had tried to resolve the matter privately “on the condition that Mr LaBeouf agree to receive meaningful and consistent psychological treatment.”

However, attorney Bryan Freedman added: “Since he was unwilling to agree to get appropriate help, [Twigs] filed this suit to prevent others from unknowingly suffering similar abuse by him.”

Siyanda Xulu set to be unveiled by new club – report