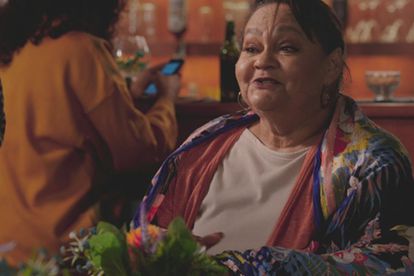 Late actress Shaleen Surtie-Richards has been nominated for a posthumous SAFTA for her role in ‘Arendsvlei’. Image via Twitter @Channel24

Late actress Shaleen Surtie-Richards has been nominated for a posthumous SAFTA for her role in ‘Arendsvlei’. Image via Twitter @Channel24

One of South Africa’s most iconic stars, Shaleen Surtie-Richards, passed away on 7 June 2021. The Upington-born actress had been in the entertainment industry for more than 30 years at the time of her passing and was best known for her roles in Egoli: Place of Gold and SABC 2’s 7de Laan.

Surtie-Richards has been nominated for a posthumous South African Film and Television (SAFTA) award. The late actress is nominated for her role as Muriel Foster in Arendsvlei.

According to Channel24, Shaleen Surtie-Richards was found dead in a guest host in Cape Town on 7 June 2021 after filming scenes for kykNET’s Arendsvlei. She was 66 at the time of her death.

“It is surmised that she died peacefully in her sleep. There are no signs of trauma, of criminal activity or suicide, nor do we think it was COVID-related,” close friend Lizz Meiring told East Coast Radio.

The talented actress was granted a provincial funeral and was laid to rest at the Durbanville Memorial Park in Cape Town on 13 June 2021.

The nominees for the 16th annual SAFTAs were announced on Thursday 14 July and Shaleen Surtie-Richards scored a posthumous nomination.

The awards are set to take place on 2 and 3 September.

Actress Busi Lurayi, best known for her roles in City Ses’La and Netflix’s How to Ruin Christmas passed away on Sunday 10 July. Lurayi also scored a posthumous nomination for her role as Tumi Sello in the Netflix comedy series.

Although she was a fan-favourite in the first two seasons, Lurayi had no plans to return to How to Ruin Christmas.

“We are deeply saddened by the tragic passing of Busi Lurayi and send our deepest condolences to her family and loved ones,” said a Netflix spokesperson in a statement sent to The South African.

ALSO READ: Why Busi Lurayi left ‘How To Ruin Christmas’ before her untimely death