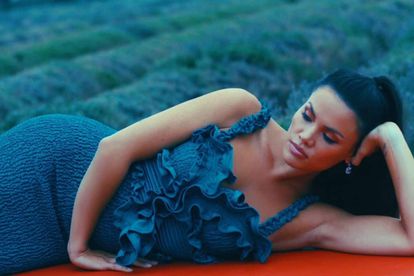 Directed by Collin Tilley, this video features the artists in the whimsical world of Alice in Wonderland along with a CGI version of the Cheshire Cat and Megan serving looks while performing dances.

Reeling in 11 million views in the span of five days, the tune promotes female empowerment.

Starboy and the popular R&B vocalist pair up for a feel-good jam. Directed by Meyi Alabi, the heart-warming and colourful visuals follow everyday people smiling and dancing.

Sitting at 1.8 million views, there’s no doubt WizKid’s upcoming album, Made In Lagos, is highly anticipated.

The relaxed tune features the English singer-songwriter in bold looks along with Nigerian R&B duo VanJess and saxophone king, Masego.

Sinead rose to prominence in 2011 through her collaboration with grime artist Wiley and released her debut single, Got Me, in 2013.

Currently sitting at 18 million views and No 17 on YouTube’s trending list, we expected nothing less from Travis, who directed the visuals for this banger.

Produced both in the US and the UK, M.I.A and Young Thug join in to bring the trippy visuals to life.

South Africa’s very own Nigel Stockl gives us crisp visuals that follow a love story for a tune that has kept us singing along since its release.

Currently sitting at around 269 000 views, some viewers were surprised to realise that it was in fact Riky Rick who was singing all along. Fans love a versatile king.

There’s no denying that TRAPSOUL is a classic album that many still love. Bryson released the visuals for Right My Wrongs five years ago, but has still managed to attract support.

The video is at No 42 on YouTube’s trending list and is currently sitting at around three million views.

Another visual directed by Meyi Alabi, the story follows the life of a young man who was tragically killed and then relives precious moments and goes on to comfort loved ones at his own funeral.

Sitting at No 23 on YouTube’s trending list and attracting nearly 1.9 million views, a Stormzy and Burna Boy collaboration is a very suitable follow up to their collaboration on Own It with Ed Sheeran.