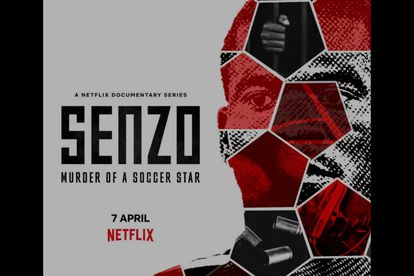 Netflix released the official trailer for its five-part docu-series that touches on the life and rise of celebrated soccer star Senzo Meyiwa, and probes the circumstances around his tragic death that shook South Africa and the world – on Thursday 31 March.

‘SENZO: MURDER OF A SOCCER STAR’

The trailer gives a glimpse into the shock and anguish suffered by the Meyiwa family and his loved ones hours after hearing about his death.

The true-crime documentary series explores the varied speculations, theories, and different sides of the story made in public by journalists and influential law-enforcement officials who worked closely on the murder case. The series also includes friends and family as they all remark on the unsolved and protracted case that has been ongoing for eight years.

Senzo: Murder of a Soccer Star is set to stream globally on Netflix from 7 April.

“Senzo Meyiwa, beloved captain of the South African national soccer team, was shot and killed in his girlfriend –  Afro-Pop singer Kelly Khumalo’s mother’s house. There were six eyewitnesses at the scene, including some of his closest friends. Yet it is only now, eight years later, that the suspects – alleged hitmen for hire – are going on trial,” reads the synopsis of the series.

“Were these five men involved,  or was it a cover-up for something more sinister? With the backing and participation of Senzo’s family and access to investigators and key witnesses, Senzo: Murder of a Soccer Star aims to unpack the truth behind this high-profile murder,” the synopsis continues.