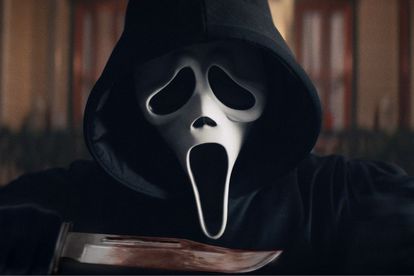 ‘Scream’ is back! Image: Scream/Twitter

‘Scream’ is back! Image: Scream/Twitter

The best horror movies often leave a permanent mark on viewers. And that was certainly the case for Scream co-director Tyler Gillett when he saw Wes Craven’s 1996 horror hit Scream in his early teens.

“My memory of seeing Scream is one of sheer terror,” says Gillett. “I was introduced to it when I was pretty young, so it stuck with me in a really profound way. It was an entry point to horror for an entire generation because it was like an encyclopedia of everything that was great about the genre. It really opened my eyes to the power of what you can accomplish when you mix genuine horror with moments of intelligent humour and characters you honestly care about.”

Set in the sleepy suburban town of Woodsboro, Scream told the chilling story of high school student Sidney Prescott (played by Neve Campbell) and a group of her close friends who find themselves stalked by a movie-obsessed serial killer nicknamed Ghostface.

A homage to the horror genre

Filled with nail-biting suspense and structured as a classic whodunit — but with a bloody twist — the film was both a terrifying slasher movie and a loving homage to the genre itself. And the latest instalment is said to be no different.

“She basically left her younger sister Tara behind and still blames herself for it. So when Tara is attacked by Ghostface, it becomes the catalyst to bring Samantha back to town. And from there we introduce a whole new group of friends from Tara’s high school. Naturally, everyone is a suspect and we point fingers at each of them. Then little by little, our legacy characters, Sidney Prescott, Gale Weathers and Dewey Riley, are drawn back into the mystery.”

A new cast and retunring characters

In Scream, Friends‘ Courtney Cox reprises her role as fearless journalist Gale Weathers, who once again finds herself caught in Ghostface’s web of murder, madness and movie trivia, while her ex-husband David Arquette returns to the role of Dewey.

Just as the 1996 film starred a group of young actors who would go on to achieve enormous success, the makers of Scream set out to fill their movie with an equally talented group of up-and-comers destined for stardom.

This includes Melissa Barrera (In the Heights) who plays Samantha “Sam” Carpenter as she returns to Woodsboro after a long absence to protect her younger sister Tara Carpenter played by Jenna Ortega (You). Jack Quaid (The Hunger Games) plays Sam’s devoted boyfriend Richie.

Every Scream movie needs a resident film expert to explain the intricacies of the genre, and in Scream, that character is Mindy, played by Jasmin Savoy Brown (The Leftovers). Mindy also has an athletic twin brother Chad played by Mason Gooding (Booksmart).

Rounding out the cast are new additions Dylan Minnette (13 Reasons Why) as Wes, Sonia Ammar (Jappeloup) as Liv, Mikey Madison (Once Upon a Time… in Hollywood) as Amber, and Kyle Gallner (Ghosts of War) as Vince. Legacy Scream 4 cast member Marley Shelton also returns, now as Sheriff Judy Hicks.