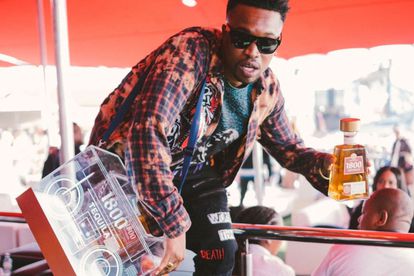 Entertainment presenter Scoop Makhathini shared his opinion on a Cassper Nyovest tweet on 21 July in which the rapper invites artists to “Come to piano, boys!”

In a podcast, Makhathini questioned whether Nyovest understands his contribution to the politics of hip-hop as he’s one of the forerunners in the local industry.

The hip-hop focused podcast Popcast is hosted by DJ and radio presenter Ms Cosmo and Makhathini and on the show’s 14th episode on the current season four, the aforementioned presenters and veteran hip-hop DJ and producer DJ Switch discussed their attachment to hip-hop.

The people on the show shared how tricky it is to be married to the hip-hop industry and Makhathini mentioned how as an ambassador, he’s put hip-hop above his other creative ventures and spoke about how he wants to refocus his energy and explore other ventures because he doesn’t want to be boxed in by the genre and its fans.

ALSO READ: Cassper Nyovest set to sizzle in ‘The Braai Show’…but what about AKA?

Ms Cosmo recognised how complex and sacred hip-hop culture is and mentioned Nyovest’s tweet and asked if he’s supposed to stick to one genre for the rest of his career.

Come to piano boys!!! Its nice here!!! The music speaks for itself. If it’s hot, it sells, if it’s not, it doesn’t. No politics can stop a hot song. The people decide. Just make amapiano, you’ll thank me later!!!

DJ Switch pointed out that Nyovest is a father now and is doing what he can to put money on the table. He added that he doesn’t believe the artist has abandoned hip-hop altogether.

Makhathini chipped in by saying that he’s not bothered about whether or not Nyovest is chasing the money, he’s bothered by how the artist has conducted himself in this process and feels that Nyovest should be grateful for all the doors the hip-hop industry has opened for him.

‘He’s extinguishing the fire of the genre’

He’s putting it, in a way that kills the future for the people involved in the culture that have supported him. He’s extinguishing the fire of the genre and that puts the kids in it in a tough position… because they also have something to say [in hip-hop] like he did, says a passionate Makhathini.