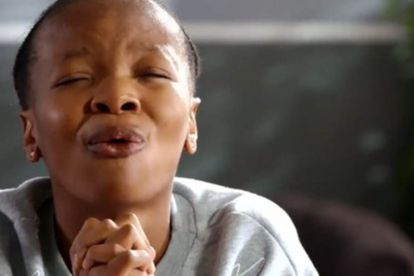 Actress and poet Botlhale Boikanyo who is known for playing Omphile in Scandal! recently opened up about her new role as Thandeka in Paul Modjadji’s short film, The Deal.

The 21-year-old actress who began her career in 2012 after winning SA’s got Talent stars alongside Mzansi’s veteran actors.

BOTLHALE BOIKANYO IN ‘THE DEAL’

The Scandal! actress Botlhale Boikanyo who plays Omphile in the e.tv soapie and juggles between poetry and acting recently bagged the role of Thandeka in a short film, The Deal.

The film will launch at the Nelson Mandela Foundation auditorium, following its launch in Dublin, Ireland in March 2022, according to Drum Magazine.

The Deal is a film about gender-based violence and its impact on one’s mental health according to the outlet.

The star tells the publication that acting alongside veterans is a dream come true.

“Acting alongside veterans and being in the same space, acting amongst such great giants in this industry was an honour,” she says.

“It was such an incredible experience to learn from them during the shooting process but also have conversations with them on set. I think one of the main things I learned from them was to put in the work.”

HER ROLE AS THANDEKA

Boikanyo plays an 18-year-old Thandeka who finds herself in a transactional sexual affair with a blesser while in pursuit of higher education.

“Thandeka is a very complex character. She is driven, hardworking, and resilient. She is also an academic and is very smart and aspires to be a chartered accountant.”

She also has daddy issues and still harbours pain and anger due to her father abandoning her and having to grow up watching her father start a new life with a new family while absent in her life.

“She also grows up in dire poverty and has had to struggle for a lot in her life.”

“She grows up in a township in South Africa and will stop at nothing to reach her goals and is determined to make a better life for herself and her family.”

The Deal is set to premiere on 14 June 202 at the Nelson Mandela Foundation auditorium,

ALSO READ:‘My work is yours’: Lorcia Cooper on returning to ‘Scandal!’