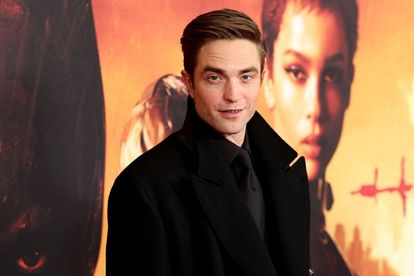 The Batman directed by American director Matt Reeves is set to hit cinemas on Friday 4 March. As the world gears up for the exciting superhero film starring Robert Pattinson and Zoë Kravitz, Pattinson shared a few secrets about his character Bruce Wayne aka Batman.

He told CinemaBlend that transitioning between Bruce Wayne and Batman was easy for him.

In The Batman, Robert Pattinson plays the lead role. Behind Gotham City’s cool Bruce Wayne is the physically strong and intelligent superhero, Batman, who swoops in and saves the day throughout the film. In the film, Batman teams up with Catwoman (Zoë Kravitz) to take down The Riddler (Paul Dano).

Speaking to CinemaBlend about Bruce Wayne and Batman’s characters, Pattinson said playing them both was a simple process.

“What made it easy is that he really hasn’t figured out where Bruce ends and where Batman begins at this point in our telling of the story.”

“And so sometimes (its) Bruce seeping out of Batman. And there are a couple of scenes where I’m doing a kind of little, subtle vocal changes.

“It’s incredibly subtle a lot of times. But sometimes he’s more in Bruce’s register when he’s Batman. Because he hasn’t got full control over the delineation yet.”

Preparing for a superhero role is never easy and for Robert Pattinson, he had to watch what he was eating and drinking.

Speaking to People about his diet for the film the 35-year-old actor said he got to a point where he was “counting sips of water”.

In an interview with On Demand Entertainment, Pattinson said: “I never wanna see a piece of white fish with JUST lemon on it. Boiled fish!”

The star actor added that training was a bit more fun for him when he started getting “good at it”.

WHERE TO WATCH IT IN MZANSI

Over the years, Robert Pattinson has appeared in several films and television shows including the Twilight series starring Kristen Stewart. The Batman is the English actor’s first superhero film!