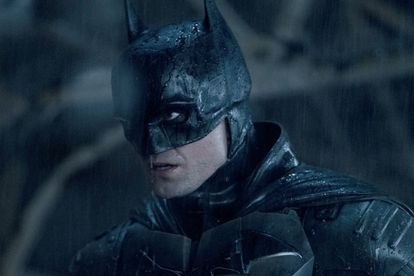 Robert Pattinson reveals that his Batman will enjoy venting his rage towards criminals. Image via Twitter @ComicBookNow

Robert Pattinson reveals that his Batman will enjoy venting his rage towards criminals. Image via Twitter @ComicBookNow

Robert Pattinson has revealed that his Batman will enjoy venting rage towards criminals.

The 35-year-old star will play the Caped Crusader in Matt Reeves’ upcoming movie The Batman and explained that viewers will see the superhero’s darker side, although the Dark Knight will stick to his no-kill code.

ALSO READ: Is Sydney Sweeney not getting the credit she deserves on ‘Euphoria’?

“There is the rule with Batman: he must not kill. It can be interpreted in two ways. Either he only wants to inflict the appropriate punishment, or he wants to kill and his self-control prevents him from doing so.”

“I imagined it that way from the rehearsal of the first fight, I thought it was funnier: something in him just wanted to slit the guy’s throat! I told myself that if he spends his nights chasing criminals, it is impossible that he does not take pleasure in it. He suffers and it is a desire that overwhelms him.”

“And by dint of knocking, his mind clears, he calms down, he reaches a state close to plenitude. I’m sure in this first fight, he manages to convince himself that every guy in front of him is the one who killed his mother. And so that allows him to vent all his rage,” continued the Twilight actor.

Pattinson explained that his take on Bruce Wayne “practically lives in the gutter” and exploring the character’s grittier side was a key reason for him to sign up for the iconic part.

“He’s nowhere at home except on the street when he’s wearing the suit. He lives a criminal life, but without committing crimes! I felt like I could get something out of that. Anyway, I could only play a superhero if he was really dirty!” he said,