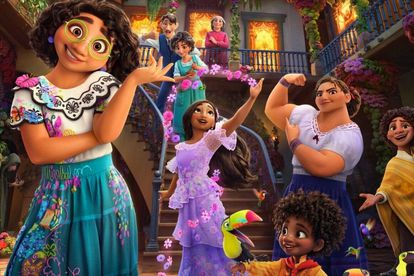 Disney has previously featured an array of LGBQTI+ characters in their films that have captured the eyes of the entertainment industry. Characters such as Sara-Nicole Roberts’ Luz Noceda in The Owl House have paved the way for more LGBTQI+ representation on screen.

In the upcoming animation film Encanto set for release in November this year, audiences will see a buff and bulky young character who comes to her sister’s rescue.

Disney’s Encanto is a musical fantasy film that follows the Madrigal family who live in the mountains of Colombia in a magical house in Encanto.

“The magic of Encanto has blessed every child in the family with a unique gift — every child except Mirabel. However, she soon may be the Madrigal’s last hope when she discovers that the magic surrounding Encanto is now in danger.”

Mirabel Madrigal is voiced by Stephenie Beatriz and her family members will be voiced by Orange is the New Black’s Diane Guerrero, television presenter Wilmer Valderrama and Colombian actress Carolina Gaitán amongst others.

The animated movie is directed by Byron Howard who also directed Zootopia and Tangled.

The first trailer for Encanto was released in July and the character that caught everyone’s attention was Mirabel’s buff and tough sister Luisa who will be voiced by Jessica Darrow. Out Magazine describes Luisa as “a lesbian icon of strength.”

According to Out Magazine, Luisa will swoop in with a sword and strong shield to help her sister Mirabel defeat the giant monster. She also helps Mirabel jump across chasms.

Although Luisa isn’t the main character, she represents a community of lesbians who have been rarely represented on screen so this is a win for representation!

The Encanto trailer shows the diversity of the Madrigal family and Mirabel’s Abuela (grandmother) reassures her that although she doesn’t have the gifts her sister has, she is just as special.

Disney made history last year with The Owl House by having its first bisexual lead character. The animated series saw Sarah-Nicole Roberts voice 14-year-old Luz Noceda in the series.

Luz goes on a journey to become a witch but and in the first few episodes of the series she is attracted to the male characters in the show but she later sees an interest in female characters.

The Owl House creator Dana Terrace says she was very intentional about putting queer kids in the main cast.

“When we were greenlit I was told by certain leadership that I could not represent any form of bi or gay relationship on the channel. I’m bi! I want to write a bi character, dammit!”