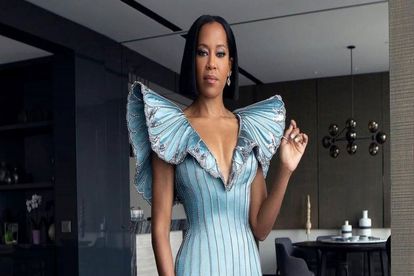 Regina King and Carey Mulligan were among the stars who raised the style stakes at the 2021 Oscars.

Due to the ongoing Covid-19 pandemic, the prestigious annual ceremony was a smaller affair this year, with a reduced number of Hollywood stars walking the iconic red carpet at the Dolby Theater in Los Angeles.

CELEBRITIES ON THE RED CARPET

The dress featured 62,000 sequins – a record for the French fashion house – and 8,400 sparkling stones, along with 80 meters of intricate chain stitching.

British actress Carey, who was up for the Best Actress honour but lost out to Frances McDormand, had her impressive abs on display as she walked the red carpet in a gold bandeau crop top, complete with a matching voluminous ballgown skirt, by Valentino Haute Couture.

Zendaya, known for her show-stopping awards season fashion, wore a canary yellow ensemble, also by Valentino, and she finished off the striking look with more than $6 million worth of Bulgari jewels.

Andra Day, who was up for Best Actress, was inspired by the star she portrayed in the Lee Daniels-directed biopic The United States Vs. Billie Holiday, for her Oscars look, and donned a sultry gold Vera Wang gown, accessorised with $2 million of Tiffany & Co. diamonds.

WATCH: CELEBRITIES ON THE RED CARPET