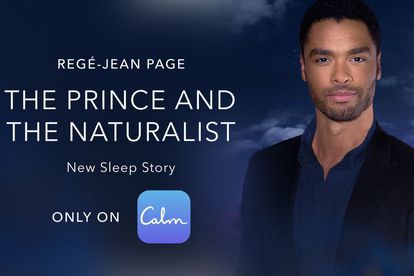 Well, at least that is the aim of sleep and meditation app Calm, who have unveiled their latest celebrity to narrate a bedtime story: Regé-Jean Page.

“I know how valuable relaxation is for us all, especially in trying times, so I couldn’t be more glad to lend my voice to a sleep story,” the broody star said in a statement of his latest stint.

The British star will narrate the short story; The Prince and The Naturalist, which will take listeners on a journey through “Old England” as a “naturalist and his royal pupil discover the wisdom of nature”, claim Calm.

But whilst many fans of the Bridgerton bae and the sleep app have hailed their latest celebrity endorsement, others are not sure he necessarily is the right fit for helping one to relax.

“I’ll be anything but calm while listening to that voice,” claimed one user under a post announcing the news. “Well there goes falling asleep”, claimed a second.

A third posed a very serious question: “Is @regejean voice relaxing or, on the contrary, does it awaken all your senses?”

WHAT’S NEXT FOR REGE-JEAN?

The 31 year-old announced his departure from the popular series in April, much to the dismay of Bridgerton fans around the world.

Since then he’s scooped other larger than life roles in big screen film Dungeons & Dragons and in Netflix series The Gray Man, starring another hunk: Ryan Gosling.

He’s even been tipped as a frontrunner as the next 007!

We can’t wait to see what else he has up his sleeve!