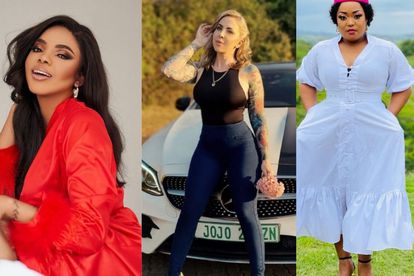 The second season of the drama-filled Real Housewives of Durban is set to hit Showmax on Friday 28 January 2022. There are some new additions to the cast after season one favourites Kgomotso Ndungane and Ayanda Ncwane announced they would not be returning to the series.

Here is everything you need to know about the three new additions to the popular reality series.

Londiwe Siphiwokuhle Zulu popularly known as Londie London is a South African musician, actress and entrepreneur who has worked with several big names in the music industry including Major League DJz and Gigi Lamayne.

Jojo Robinson has quite the following on social media. Robinson, who is also an artist and runs her own art business, boasts over 35 000 followers on TikTok.

Her bold tattoos are the first thing most people notice about her and she is set to add some spice to the Real Housewives of Durban. She described herself as a housewife, mom and story rant queen.

Thobile “Makhumalo” Mseleku rose to popularity on uThando Nes’thembu, a show that follows polygamist Musa Mseleku. Thobile is the businessman’s fourth wife. She is a public speaker, businesswoman and radio personality.

She boasts over 700 000 Instagram followers and often shows off her stunning outfits and bold makeup looks.

WHO WILL BE RETURNING TO ‘REAL HOUSEWIVES OF DURBAN’

Sorisha Naidoo, Ann-Tonni Lodick Mthembu, Nonku Williams and Nonkanyiso Conco aka LaConco will all be returning to Real Housewives of Durban.

Speaking on her return to the series, LaConco said she is coming back for the same reason she joined.

“There have been a lot of misconceptions about me, especially about the father of my child. People don’t me, but they have so many opinions, very negative opinions. However, since my appearance on the show – and when people see me in public – they acknowledge how their notions about me were so wrong.”