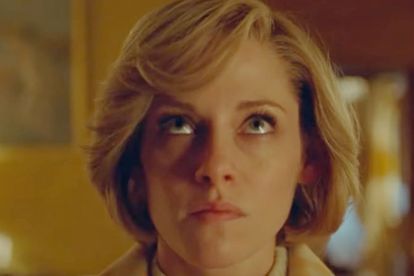 If Princess Diana was alive, would she approve of the royal biopic Spencer? Or would she be sorely disappointed in the big screen drama?

That’s the burning question many royal fans would love to know.

Unfortunately we’ll never know how the late royal really feels about the film which gives viewers a look inside her conflicted public life and failing marriage.

Jonathan Sacerdoti, a royal expert and author, shared his views on the movie starring Kristen Stewart as Princess Diana, which premieres at the Venice Film Festival on Friday.

He told US Weekly: “I think that Diana would probably be grateful that she’s still in everyone’s minds. She said famously that she wanted to be queen of people’s hearts when she made that decision to leave Prince Charles.”

“I think that she would probably be pleased that her memory is still alive for so many people and that it’s done in a sensitive and sympathetic way.

However, the expert claims Diana would probably prefer if the film focused on happier times in her life.

“I think it’s a shame that we’re remembering her so much for tragedy and sadness. Not only because it’s a bit self-indulgent, really, that we’re just wallowing in this sadness

“I think that because really Diana’s own attempts were to be quite a force for good and positivity. I think it would be a shame just to remember tragedy.”

The 31st of August is a day etched in many peoples minds – the day Princess Diana tragically died in a car crash in Paris in 1997.

This year marks 24 years since her passing and royal fans around the world have remembered her in touching tributes posted on social media. In the UK, members of the public have even left flowers and other gifts outside Kensington Palace, the home of Diana’s son Prince William and his family.

According to The Independent both Prince William and his brother Prince Harry along with their respected families will “privately commemorate” the anniversary.

WATCH | Tweeps drag YouTuber for getting haircut in class [VIDEO]

Eight women raped on set of music video in Krugersdorp

Khune: I will never leave Chiefs!