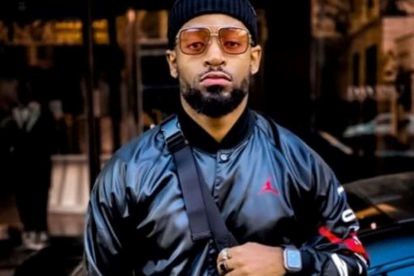 Grand Africa Rising has named the house DJ as one of the first musos to feature on its First Thursdays summer residency events.

The First Thursdays series has been created to highlight the cream of Africa’s musical crop, while showcasing them in a picturesque setting.

Grand Africa Rising kicks off this Thursday 5 November at the Grand Africa Café & Beach at the V&A Waterfront in Cape Town.

The Club Controller hitmaker has had a good year so far.

He walked away with the Male Artist of the Year accolade in the 26th South African Music Awards (Samas) and won the Favourite Song of the Year award in the DStv Viewers’ Choice Awards for his hit song Gugulethu.

The South African previously reported that the DJ and producer recently released an album, Project Hope, which he also produced. The album recognises women while taking a stand against gender-based violence (GBV). It features 10 up-and-coming female singers from around the country.

Initially, Kaybee was looking for only one woman to do a song with, but the response was overwhelming with many hopefuls flooding his social media account with submissions.

The DJ then announced he would choose 10 singers and make a song with each of them. The songs would then form an album featuring genres ranging from gospel to amapiano.

Partying for a good cause

According to the ticket site Quicket, a portion of the proceeds will go directly towards providing a safe, nurturing environment for children who have been abused, abandoned, neglected or orphaned.

The proceeds will ensure the children continue to have a place to stay and help them develop skills for a self-sustainable future.

Watch and listen: Get a taste of Prince Kaybee here

Get your tickets here

The exclusive limited guest event will be held inside the Grand Hall, with all COVID-19 regulations in place to ensure safety.

Tickets, ranging from R250 to an eye-watering R10,000, are being sold online at Quicket, with doors opening from 16:00. Tickets are for lounge “pockets” that accommodate small groups of six, eight or 10 people.

The event is for over-18s only and the DJ line-up will include: