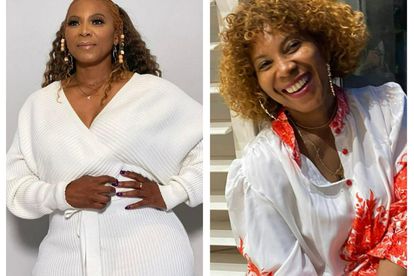 Penny Lebyane is the new host of BET’s ‘The Big Secret’. Images via Instagram: @pennylebyane

Penny Lebyane is the new host of BET’s ‘The Big Secret’. Images via Instagram: @pennylebyane

Radio and TV personality Penny Lebyane has been been announced as the host of BET’s The Big Secret for Season three.

The third season started on 19 November on and already the episode was filled with bombshells that left viewers on the edge of their seats.

Things have changed for this season, the person revealing the big secret faces off with the offender while getting a chance to come clean to their loved ones.

Speaking to Daily Sun, the former Sangoma Khanyisa! host said, shared that being part of The Big Secret had been phenomenal.

“Being part of the show has been exciting, fun and challenging because we are dealing with real issues…I understood the challenges that people have of having conversations with their loved ones and having to tell them the secret they have been keeping to themselves for some time,” she said

The publication says, on the show, Penny will be offering support and guidance to participants as they go about revealing their deepest and darkest secrets, in the hope that the truth will set them free.

“Viewers will get to see another side of me – a person who comes from a mental health background. I get to be seen as empathetic and a mediator. Viewers will not only see a TV show,” she said.

Penny said that she’ll be bringing experience from all the shows she has worked on in the past.

“I’ve worked with a good production team on this show, and one of my highlights was recording in interesting places. It was also a reality check for me – finding out that people have been going through a lot, not realising that they have also been unkind to themselves,” she said.

She said she’s passionate about authentic and intentional engagements across communities.

“Our conversations on The Big Secret will build relationships and the community, and ultimately our beautiful continent. To have BET and this amazing production crew behind me has been incredibly rewarding,” she added.