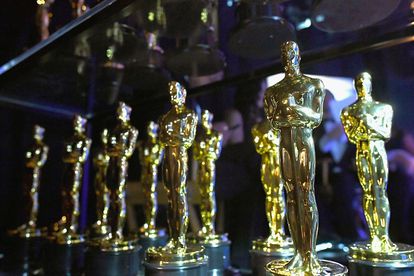 Here’s how you can watch the Oscar Awards in Mzansi. Image via Getty Images Photographer: Matt Petit

Here’s how you can watch the Oscar Awards in Mzansi. Image via Getty Images Photographer: Matt Petit

It’s Oscar time! The Oscar Awards are set to take place on Sunday 27 March and while the stars are getting ready to walk the red carpet, you’re probably grabbing a few snacks ahead of the big night! Here’s everything you need to know about the Oscar Awards, including where to watch the awards show in Mzansi.

‘THE POWER OF THE DOG’ LEADS THE NOMINATIONS

The nominees for the 94th Oscar Awards were announced on Tuesday 8 February by American actors Tracee Ellis Ross and Leslie Jordan. For the first time in Oscar history, the Academy has selected 10 feature films for the Best Picture category.

Jane Campion’s Western drama The Power of the Dog, which is also nominated for Best Picture, leads the pack of nominees with 12 nods.

Campion herself is up for Best Director and she’s up against Steven Spielberg for West Side Story, Kenneth Bragnah for Belfast, Paul Thomas Anderson for Licorice Pizza and Ryȗsuke Hamaguci for the Japanese drama, Drive My Car.

Take a look at all the nominees here

For the first time in history, three women will be hosting the Oscar Awards. Amy Schumer, Regina Hall and Wanda Sykes will be keeping it light with some jokes on the Oscar stage.

In 1994, Whoopi Goldberg was the first black woman to host the glitzy Oscar Awards. Other women who have been Oscar hosts include Ellen DeGeneres and Anne Hathaway.

Speaking to Entertainment Tonight earlier this month, Regina Hall said: “Wanda and Amy are so generous and I think we just really wanna create a really fun and celebratory night of movies and being able to be in person.”

“It’s been a wild couple of years and so for us, we just really wanna have fun and make a great night for the audience,” she added.

WHERE TO WATCH IN MZANSI

Get the popcorn ready!