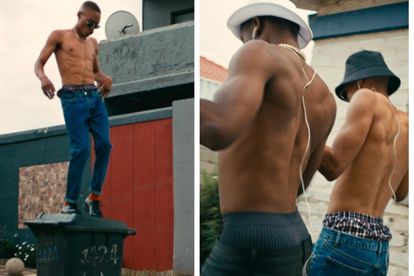 A prophet claimed that the famous Umlando dance moves are demonic. Image via Twitter @philmphela

A prophet claimed that the famous Umlando dance moves are demonic. Image via Twitter @philmphela

A Nigerian pastor has set tongues wagging on social media after claiming that the famous Umlando dance style by amapiano musician Toss is demonic.

The unidentified prophet who was preaching to his congregation claimed that the dance, which American musician Ciara nailed last week, is being spread around the world by demons.

A video of the prophet has gone viral on social media after making the claims, saying he was shown how demonic the Umlando dance is.

“There is this dance that came newly. If you remember the girls dance this way,” the man of God said in his sermon as he tried to imitate the dance.

He then told his congregation that before the dance was introduced, he “saw that dance in the realm of the spirit.”

“Yes. The Lord took me there. I saw how the demons manufactured that dance style and unleashed that dance into the atmosphere, into the media.”

The pastor went on to claim that many girls have “hosted that demon”.

“Guess what? So many girls all over the world have hosted that demon. So in their so-called slightest TikTok, they wear something tight and then…” he said as he imitated the twerking movement again.

When the Umlando dance challenge was introduced by Toss in January this year, social media users agreed that it would mostly be boys who joined the challenge, and it was indeed boys who partook more.

Netizens made this very point, as they slammed the unknown pastor. Others called his claims “nonsensical” as hip-shaking and twerking is a well-known dance style which has been around for years.

“The way these pastors refuse to address the fact that they’re obsessed with young girls, is scary,” a tweep wrote.

“Lmfaoooo… When you see them shouting and sweating like this, you’ll know that it is nonsense they’re saying,” another replied.

“Just another day for pastors to be misogynistic and hide behind the Bible, umlando started with men tho? Preach about salvation and leave judge Judy’s work to judge Judy,” wrote another tweep.

Surely not? Huge petrol price decrease could be derailed – by E-TOLLS!