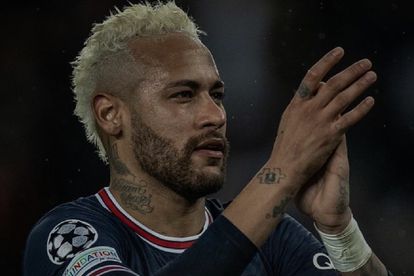 PSG football star Neymar Jr sang his heart out to ‘Jerusalema’ by Master KG and Nomcebo Zikode. Image via @neymarjr/Instagram

PSG football star Neymar Jr sang his heart out to ‘Jerusalema’ by Master KG and Nomcebo Zikode. Image via @neymarjr/Instagram

Nomcebo took to her Twitter to thank the Brazilian-born star and his team for showing the song some love in a video she posted on Monday 13 June showing Neymar belting the lyrics out.

ALSO READ: Before the fame: Master KG’s tiny bedroom studio will bring you to tears

NEYMAR SINGS HIS HEART OUT

The 30-year-old footballer who resides in France, was filmed singing to the catchy South African hit song that has recently hit 500 million views on YouTube.

In the video, Neymar is seated in a bus with his fellow teammates and his having a jol as he sings the Jerusalama lyrics like a South African.

The video was shared by Jerusalema vocalist, Nomcebo Zikode, on her Twitter account and in the caption she tagged Neymar and PSG as she thanked them for the love.

Neymar is not the only footballer who could not resist the spirit of Jerusalema when it hit him. In 2020, Manchester United soccer player, Cristiano Ronaldo, also jammed to the track.

The success of Jerusalema has been one of the biggest achievements by South African musicians as the song has been nominated and won several awards internationally since its release in November 2019.

The track went viral in 2020 during lockdown and sparked the #JerusalemaDanceChallenge after a remix featuring Grammy award-winning musician Burna Boy was released.

Last month, Master KG shared that Jerusalema scored gold status in the United States and the achievement is another one for the books. In addition, this month, the song finally hit the half-a-billion mark on YouTube as it now sits on 500 million views.