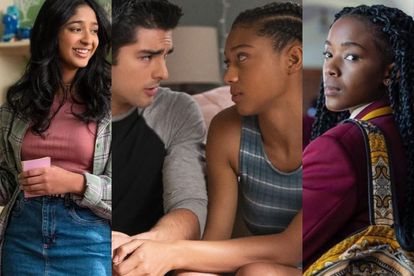 Blood & Water’s Puleng Khumalo and Fikile Bhele — along with other Netflix teen characters — are showcasing and shifting focus to the perspectives of people of colour.

‘THE CONVERSATION IS SHIFTING’ IN TEEN DRAMA SERIES

Over the past 20 years, the most popular teenage girls were Veronica, Blair, Serena, Buffy and more. They are the queen bees of the respective series who were given free rein to make mistakes, lead messy lives and still hogged most of the limelight. While characters of colour were predominantly pushed to the sidelines.

In March 2020, Canadian actress Vanessa Morgan — a series regular on Riverdale expressed her frustration at playing a sidelined black character to the white leads.

“Tired of us also being used as sidekick non-dimensional characters to our white leads. Or only used in the ads for diversity but not actually in the show,” she tweeted.

“She’s right. We’re sorry and we make the same promise to you that we did to her. We will do better to honor her and the character she plays. As well as all of our actors and characters of color,” he said at the time.

While the creator of Gossip Girl 2.0 expressed that they are now looking for the perspectives of Black, Indigenous, and People of Color (BIPOC).

“The conversation has shifted. We are looking at the perspectives of BIPOC in these spaces,” said Joshua Safran, creator of the new Gossip Girl, according to the Washington Post.

Here is a look at three Netflix series that are centred around the perspectives of people of colour.

Blood & Water is a South African drama series following Puleng Khumalo’s (Ama Qamata) journey of finding her abducted sister. Puleng is smart, brave and persistent  but also imperfect. This was the intention of director Nosipho Dumisa.

“Puleng had to be imperfect. She makes some decisions that are really frustrating if you’re an adult. It’s like ‘Come on, Puleng, why would you do that?’ But if you think about who you were as a young person, you made mistakes all the time,” said Dumisa according to the Washington Post.

“These kids needed to feel like kids. it’s a role that Black teens, on screen and in real life, don’t often get to play,” she continued.

Blood & Water caught the attention of American actress Gabrielle Union who gushed over Fikile Bhele (Khosi Ngema). Fikile is another strong character on the series. Unlike Puleng, Fikile is the queen bee of the group, but she has some imperfections of her own.

The characters in the series are black and Latino teens who also tackle storylines of family struggles, gang violence, quinceañeras and more.

‘NEVER HAVE I EVER’

Never Have I Ever is created by The Office star Mindy Kaling. The series stars Maitreyi Ramakrishnan as Devi Vishwakumar — a 15-year-old Indian American girl. Devi attempts to balance her academic life, her love life and growing up with strict parents, like most Indian children do, all while letting her rebellious side loose.

Mindy brings out the diversity and heritage in the storyline. Heritage is explored in Devi and her family attending Hindu festivals, such as Ganesh Puja as well as dealing with “judgemental aunties”.

Devi’s two best friends are also people of colour. Fabiola (Lee Rodriguez) is half Hispanic on her father’s side and half African-American on her mother’s side. Eleanor Wong (Ramona Young) is a Chinese-American teenager.

A post shared by Never Have I Ever (@neverhaveiever)

Tags:
Blood & Water
Featured
Netflix
Never Have I Ever
people of colour
PreviousNext article
Next article