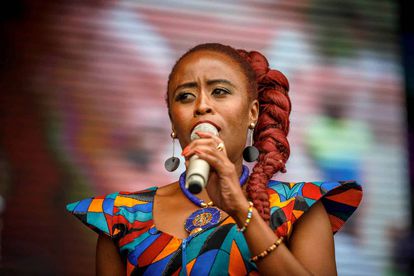 Nelson Mandela University is presenting its annual jazz concert online on Friday 27 November, having filmed the show on campus without an audience due to COVID-19 safety protocols.

The university’s new choir conductor and manager describes it as “a mix of a show and mini-documentary”, to be screened around the world.

“Isisusa has been a live jazz concert at the Opera House since the university started it in 2008,” Williams said.

“This is the first time it is digital, which brings a very different energy, but we still have to bring a vibe that people will want even if they watch digitally.”

“It was already a surreal experience as we recorded without an audience so it’s new territory, and quite a tightrope, but we’ve been doing a lot of digital collaborations this year so it’s been really great.”

ALL THAT JAZZ … AND MORE

The 2020 line-up is equally diverse, starting with tenor saxophonist, composer and bandleader  Xonti, 31, who is the 2020 Standard Bank Young Artist Award winner for Jazz, kicking off the show.

Although Isisusa is primarily known for jazz, artists active in pop, R&B, reggae, electronic dance music and musical theatre also have featured over its 12 years.

Veteran jazz critic Percy Mabunda describes Xonti as having “a sharp ear for seductive melodies that draw listeners into a warm sound vortex”, so music fans are in for a treat.

Xonti’s debut album Iyonde received critical acclaim in 2017, and is busy recording his second album, the nine-track Migration, which he hopes to release soon.

Born and raised in Cape Town’s Gugulethu — fertile soil for jazz musicians — Xonti said he was inspired by many of the greats, particularly the late Winston Mankunku Ngozi.

Then there’s Nelson Mandela University graduate Du Preez, a teacher at Stirling High School in East London who is a jazz composer and trombonist, and Two Tone band member.

He also has a musical CV stretching back to his school days and has performed in the past  with Xonti in the National Arts Festival youth jazz programme.

Now a full-time teacher, Du Preez said it was “very fulfilling” to get a chance to perform again.

Although Ndlazilwana is in her first year of music studies at Nelson Mandela University, she is an experienced vocalist, and has performed at the National Arts Festival and other musical events with the Port Elizabeth band Edgar Muzah and Friends.

“The entire programme is all original material, composed by the artists, so it’s all fresh,” Williams said, adding some items would be heard in public for the first time.

Over COVID-19, husband-and-wife duo Gareth and Ulagh have produced numerous digital arts packages curated by the university’s department of arts, culture and heritage. They also lead the Two Tone band, several of whose members feature in Isisusa.

Unlike many online shows, Williams promised it would remain on the university’s YouTube channel “indefinitely for all to enjoy at their leisure” – free of charge.

The Isisusa Jazz Fest will be broadcast free of charge on the University’s YouTube channel at 19:00 on Friday 27 November.