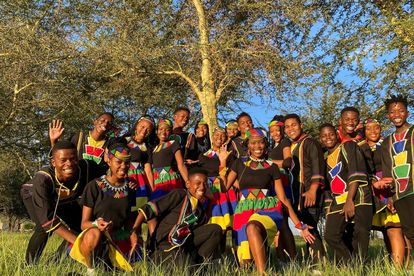 The Ndlovu Youth Choir is gearing up for their first local tour as headline acts. Image via Twitter @ChoirAfrica

The Ndlovu Youth Choir is gearing up for their first local tour as headline acts. Image via Twitter @ChoirAfrica

Ndlovu Youth Choir in Concert features many of the Choir’s famous hits such as Africa, Shallow/Enxwemeni, Shape of You, Higher Love, Ungandibulali and We Will Rise.

The repertoire includes a Masekela Medley honouring the late ‘Bra’ Hugh Masekela as well as other popular local hits such as African Dream made famous by Vicky Sampson; Mango Groove’s Special Star and Letta Mbulu’s Not Yet Uhuru.

Blending local favourites with internationally renowned hits such as Circle of Life from Disney’s The Lion King; U2’s Beautiful Day and Don McLean’s Vincent these highly talented choristers also feature their newest songs, Man in the Mirror and Grateful, from their third studio album entitled Grateful which was released earlier this year across all streaming platforms.

The enthusiastic 18-member Ndlovu Youth Choir is ready to light up the Artscape stage with their vibrant song and dance. They are particularly looking forward to performing for Cape Town audiences.

Ralf Schmitt, artistic director, Ndlovu Youth Choir says: “We are both excited and honoured to be staging our first headlining tour of South Africa. After the difficult time during lockdown, we realise what a privilege it is to play in front of live audiences and to be on a stage, in a theatre in front of admiring fans. We take this opportunity to heart, fully appreciating how special it is to be to present songs from our brand new album as well as all our best-loved songs. We can’t wait to feel the energy from the Cape Town audience.”

From their home base in the Moutse Valley in rural Limpopo to reaching the finals of America’s Got Talent (Season 14) the Ndlovu Youth Choir has played sold-out performances in Europe and appeared on many local and international television and radio shows. They have collaborated with many artists such as Master KG, 25k, Sun-El Musician, Tyler ICU and performed for the likes of Trevor Noah and Bill Gates.

Soon the highly talented and proudly South African Ndlovu Youth Choir will be on stage in Cape Town.

The demand for tickets remains high, with limited tickets still available at www.showtime.co.za or Webtickets.co.za and at Webtickets at Pick ‘n Pay outlets. To avoid disappointment, fans are encouraged to book as soon as possible.