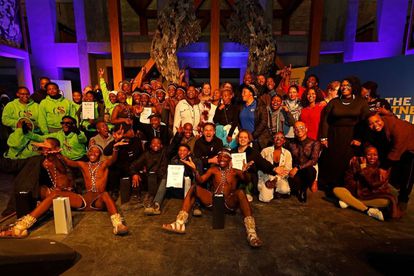 After nine days of stellar entertainment, the National Arts Festival in Makhanda came to a close on Saturday 2 July with more than 20 artists receiving Standard Bank Ovation Awards. The awards were decided by a panel of 16 judges who watched and adjudicated shows at the festival.

Standard Bank Ovation Awards are given to productions on the National Arts Festival’s Fringe programme for being a cut above the rest, leaving a lasting impression and productions that are well received by audiences.

The Fringe programme is filled with shows that are independently produced and funded. This year’s panel of reviewers watched 128 shows in nine days.

“Not only was I moved by the performance, but also the heartfelt energy the patrons shared. Dancing and singing along, I looked around the room in admiration of how this performance had brought together every single person in the room, no matter their age, race or background. It was a full realisation that the arts are back!”

HOW THE WINNERS ARE REWARDED