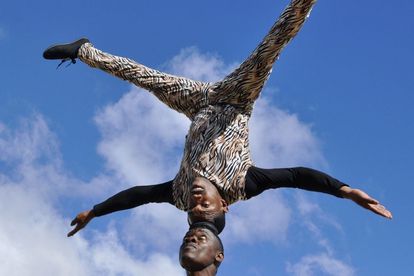 This yea, the National Arts Festival will be staging a wide range of entertainment. Image: Supplied Photographer: Jan Potgieter

This yea, the National Arts Festival will be staging a wide range of entertainment. Image: Supplied Photographer: Jan Potgieter

The 48th annual National Arts Festival is set to take place from 23 June to 3 July. This year’s festival will be a celebratory homecoming for audiences as the arts community resumes its live format with exciting in-person art experiences.

The National Arts Festival will re-emerge with a carefully focused and curated experience enhanced by an irrepressible burst of Fringe spontaneity and creativity where experimentation, expression and visibility will contribute to the local arts ecosystem.

The festival’s artistic director, Rucera Seethal, says there is a broad offering this year.

“We’ve tightly curated the programme, but also catered for everyone and included some surprised and provocations too.”

There will also be a residency programme that brings artists to Makhanda, Eastern Cape, to work on collaborative projects and engage with the town’s local arts scene. An engaging schools festival will reignite the festival’s long-time role as a winter destination for young people.

The popular Sundowner Concert will be staged daily at the Monument and the Village Green will be back in action serving delicious food for festival-goers.

TAKE A LOOK AT SOME OF THE 2019 CONCERTS HERE

A SNEAK PEEK OF THE 2022 PROGRAMME

The works of the 2021 Standard Bank Young Artists will bring fresh perspectives from some of the country’s most innovative creatives.

Veteran actor, Sello Maake Ka-Ncube will be staging Bloke & His American Bantu. The play, written by Siphiwo Mahala is a two-man play that will be performed by Anele Nene andd Josias Dos Moleele.

The Eastern Cape Philharmonic Orchestra will present Homeland, while Xolisile Bongwana will be performing a dance piece titled Mnquma.

The full programme and tickets to the National Arts Festival will be available on Tuesday 3 May.