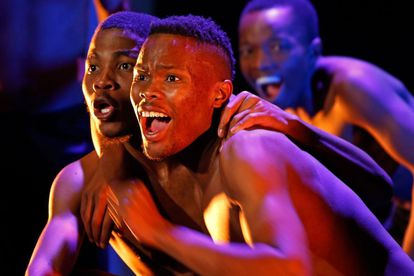 The opening weekend of the National Arts Festival in Makhanda was filled with excitement as art lovers welcomed the news that South Africans were no longer required to wear masks. Village Green traders reported a strong start to the festival as the rainy weather cleared and the sunshine came out to play.

National Arts Festival CEO, Monica Newton, said it was difficult to know what to expect after a two-year hiatus, but they were please with the initial turnout.

“It’s evident that arts lovers were ready to get back into theatres and galleries and the arts community couldn’t be more happy to be back on stage with a live audience,” added Newton.

Eastern Cape Tourism CEO, Vuyani Dyamani, said the province had seen a growth of over one million visitors during 2020 and hopes that the numbers will grow even further with the return of events.

More than 900 fans packed the Guy Butler Theatre to see legendary singer-songwriter Ringo Madlingozi on Saturday 25 June. The show was previously capped at 50% but after a much-anticipated announcement from Health Minister Joe Phaahla about event restrictions, the show sold an additional 400 tickets in less than 24 hours.

ALSO READ: National Arts Festival 2022: Here’s a taste of what to expect

WHAT ELSE TO EXPECT?

The National Arts Festival is on until 3 July and there is a jam-packed programme that awaits. The likes of the Eastern Cape Philharmonic, Cape Town Opera and award-winning singer-songwriter Amanda Black are all set to perform.