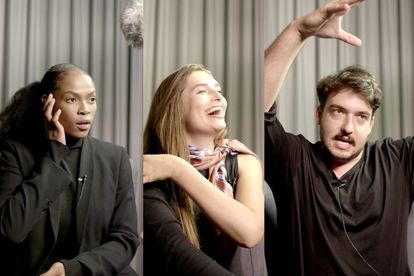 Tiisetso Mashifane wa Noni will present her play ‘Delela’ at the National Arts Festival between 30 June at 2 July. Image: Supplied

Tiisetso Mashifane wa Noni will present her play ‘Delela’ at the National Arts Festival between 30 June at 2 July. Image: Supplied

The comedy-drama play was inspired by several societal issues and is the follow-up to Mashifane’s award-winning debut play, Sainthood which took Cape Town’s Baxter Theatre by storm in 2019.

Tiisetso Mashifane wa Noni is a local playwright, producer and director who has been described as a “theatre prodigy” and a “brilliant young mind” with her thought-provoking stage plays.

Mashifane’s play, Sainthood was centred around private school culture and toxic masculinity. Delela will investigate charity work by wealthy and privileged families and take a look at their social and economic privileges.

Mashifane says a series of incidents inspired her to write Delela and explained that there were two specific ones that “really stuck with her”.

The celebrated playwright sites issues of transformation and diversity in some of South Africa’s elite private schools as the first incident and the second, an audience member who challenged her decision to write about racial injustices in South Africa.

WHAT TO EXPEXT FROM DELELA

Delela, made up of a fiery young cast, sees three main characters who are asked to break down events that caused a PR disaster at the Strauss Smith Foundation, a private charity foundation funded by the Strauss-Smith family.

The foundation has recently launched a “transformation and diversity” project and the two heirs to the Strauss-Smith fortune who launched the project, clash when a diversity hire questions the family’s sense of social responsibility.

“It is very dangerous for someone in a position of racial and economic privilege to view their ‘giving back’ as an act [that] excuses them from their other responsibilities in creating racial equity and correcting racial injustice,” says Mashifane.

“Well we might end up with statements like ‘I’ve fulfilled by racial conscience’ and ‘I don’t know what that means’. But I know that as a society we should be petrified of statements like that. I know I am and so I wrote Delela in trying to dissect that error.”

EVERYTHING TO KNOW ABOUT THE PLAY

Tiisetso Mashifani wa Noni’s Delela will be at Graeme College in Makhanda on 30 June and 1 July at 20:00.

Tickets are available here for R75 each.