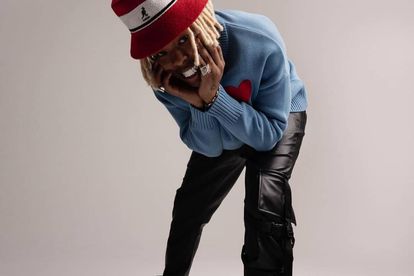 Nasty C excitedly took to his social media accounts to share the news of his appearance on the international talk show which has been running for about 18 years. The first episode aired back in 2003 and has since had 18 successful seasons.

According to the Ellen Tube website, The Hell Naw hitmaker will perform his new hit, Black and White, alongside American singer Ari Lennox from the stable of J Cole’s Dreamville Records.

“Rapper NASTY C and R&B artist ARI LENNOX will perform “Black & White” from the “Rhythms of Zamunda – Coming 2 America” soundtrack!” is written on the site.

Although the music video was shot in two different parts of the world, their on-screen chemistry has sparked rumours of the pair potentially dating. The music video currently has close to two million views.

His new single, Zulu Man With Some Power, is also featured as the lead single on the upcoming Coming 2 America album which will be released on 5 March.

This month has been filled with blessings for the rapper as he also launched his own podcast. Old Mutual pulled out of sponsoring Mac G on his podcast following homophobic remarks made on his show and earlier this week shifted their focus to Nasty C and his seven-part podcast called Zulu Man With Some Power Podcast.

The weekly podcast is named after his 20-track album, also called Zulu Man With Some Power, that was released in 2020.The first episode premiered on 25 February.

The informative and inspirational podcast will feature celebrities, including Black Coffee, Whookid, Slikour, and producers, such as Gemini Major, Troy Taylor, J-Kits and more.

“I am so thankful to all the people that contributed to the making of this podcast series. I had great conversations with a lot of people that I admire. I got to learn more about them as individuals and even more so, about myself in the process,” said Nasty C according to News 24.

“The podcast series will give fans a glimpse into what my life is about and impart some of my own knowledge and experiences around my particular music-making process and how I handle my business. It’s definitely something to look forward to,” he added.