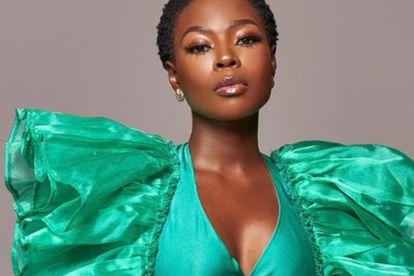 Savage Beauty actress Nambitha Ben-Mazwi has made history as the first South African actor to star in six Netflix series.

Entertainment commentator – Phil Mphela confirmed the news that Ben-Mazwi is to star in Savage Beauty alongside Angela Sithole, Rosemary Zimu, Nthati Moshesh, and many more.

Fan-favourite actress Nambitha Ben-Mazwi will star in her sixth Netflix series titled Savage Beauty this May with Angela Sithole, Nthati Moshesh, Rosemary Zimu, and many more.

The actress previously starred in Happiness Ever After alongside Khanyi Mbau and Renate Stuurman,  Black Mirror, How To Ruin Christmas with Thando Thabethe, Diamond City, and Dead Places.

The Estate actress also previously appeared in Beyoncé’s Disney film Black Is King and BET’s Madiba and She Speaks.

Ben-Mazwi will star with current Generations: The Legacy actress Rosemary Zimu in Savage Beauty – who will play the leading role of Zinhle.

According to Daily Sun, the latest series which is created by Lebogang Mogashoa and produced by Quizzical Films will follow a young Zinhle – who has a tragic past and single-mindedly pursues revenge for a crime committed by the Bhengus.

The Bhengus rule their family and beauty empire with an iron fist and Zinhle is set to ruin their lives.

ALSO READ:Five local series and films to binge on over the festive season [watch]

HER FANS REACT TO HER LATEST NETFLIX CASTING

“If there’s one thing Nambitha can do: is to get Into character.

She’s good though! I love her… kudos to you @LadyNam_BM.”

“What an astounding actress she is.”

“Yaaaassss!! I fell in love with her on Broken Vows as Lulama.”

“First time seeing her on-screen and I just love her.”

Watch Nambitha Ben-Mazwi on Savage Beauty from 12 May on Netflix.