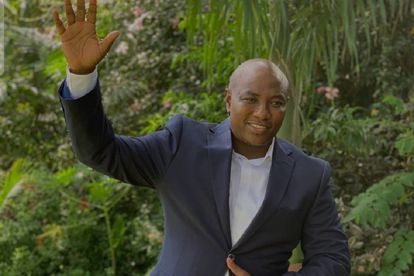 Musa Mseleku was attacked for his comments in the latest episode of ‘Mnakwethu’. Image via @musamseleku/Instagram

Musa Mseleku was attacked for his comments in the latest episode of ‘Mnakwethu’. Image via @musamseleku/Instagram

Season three of Mnakwethu is only two episodes in and controversial polygamist and reality TV star Musa Mseleku is already being lambasted for his comments.

On Tuesday 12 July, Tweeps were breathing fire following Mseleku’s remarks about the wife of one of the men he was assisting to get into a polygamous relationship.

In the reality TV show, Mseleku helps men who are aspiring polygamists to break the news to their current wives by introducing potential wife number two.

This week, Siphiwe Masuku enlisted the help of Mseleku, saying he wants to take a second wife because his fiancee, Sibongile Nxumalo, has an ancestral calling. Masuku shared that his reason for wanting a polygamous relationship is that Nxumalo cannot be intimate with him as regularly as he’d like because of her calling.

However, Nxumalo was having none of it. She expressed that she’d only consider Masuku’s request after he bought her a car and bought two goats for damages as she said he has disrespected her and her ancestors.

TWEEPS BLAST MSELEKU FOR HIS COMMENTS

Throughout the show, Mseleku — who was on Masuku’s side — said that Nxumalo was being “abusive” and “selfish” towards her partner. The husband-of-four claimed that Masuku’s reasons were enough and that even his fiancee’s ancestors were selfish.

“Last episode Mseleku said mamkhulu is abusing the guy because she doesn’t want polygamy, tonight he said the same, even in his reality show Mseleku said his wives are abusing him because they don’t want him to take another wife, so according to him woman saying no to polygamy is abuse,” an angry tweep wrote.

“Mseleku is always quick to paint the first wives as abusive because they aren’t “falling in line” but will always make the men out to be victims,” one viewer wrote.

While another tweep wrote: “Bab’Mseleku, respect the fact that some women don’t want isithembu! Why is that so hard?”